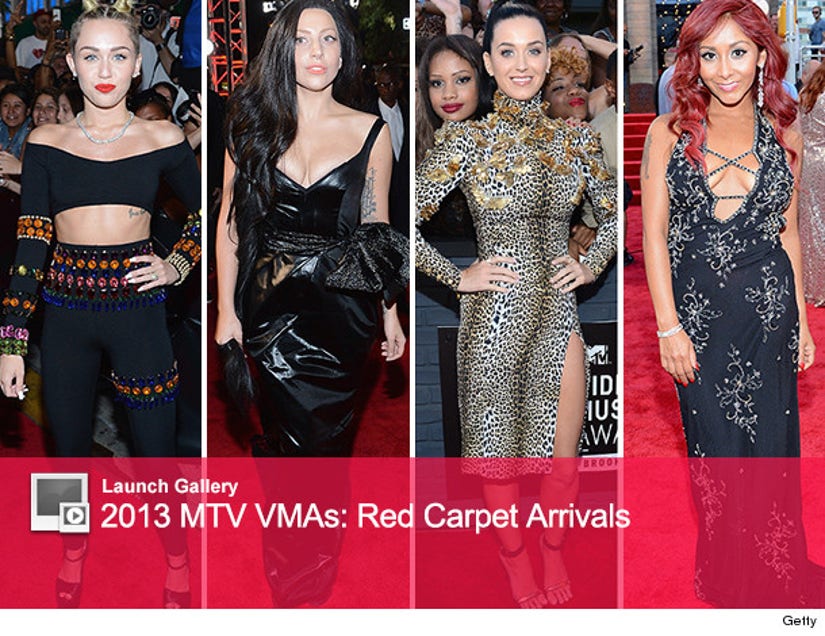 If you missed last night's 2013 MTV Video Music Awards, you missed a pretty crazy night -- one marked by crazy fashion, weird performances from Lady Gaga and Miley Cyrus and the highly-anticipated reunion of *NSYNC.

Check out the clips below to see the 5 show moments EVERYONE will be talking about today.

Plus, did Taylor Swift really tell One Direction to STFU? See that here.

Lady Gaga went through more wigs than Cher in her opening "Applause" number. It all paid off in the end, when she stripped down to a mermaid wig and seashell bikini. Just check out her beachin' bod.

When the 20-year-old emerged from a giant teddy bear with an outfit that looked like a skinned stuffed animal, we knew things were going to get ratchet.

After thrusting her crotch, simulating sex with furries, and getting the drug term "Molly" bleeped out of her "We Can't Stop" performance, Miley tore off her teddy bear teddy to reveal a pair of flesh-colored underwear.

It was shocking -- and Will Smith's family had the best reaction to it EVER.

There was a touching moment in what was otherwise a crazy show when Macklemore, Ryan Lewis and Mary Lambert accepted the Best Video With A Social Message Award for "Same Love."

They later performed the song live, where they were joined by powerhouse Jennifer Hudson.

Let's face it, the show was boring until Justin Timberlake got up there. Every time the cameras pointed to the audience, attendees looked bored out of their brains.

The prince of pop put every preceding act to shame while performing a medley of his greatest hits. The highlight of the 10+ minute number was a brief reunion with his NSYNC bandmates. In a humbling moment, JT shared his Video Vanguard award with them.

Katy Perry closed the show with her first live performance of "Roar." Her boxing-themed performance wasn't a knock-out (especially following live performances of Justin Timberlake and Bruno Mars), but it gave the broadcast a much-needed punch of girl power at the end.

Still want more VMA action? Check out the gallery below of behind-the-scenes moments and find out what you didn't see on TV! 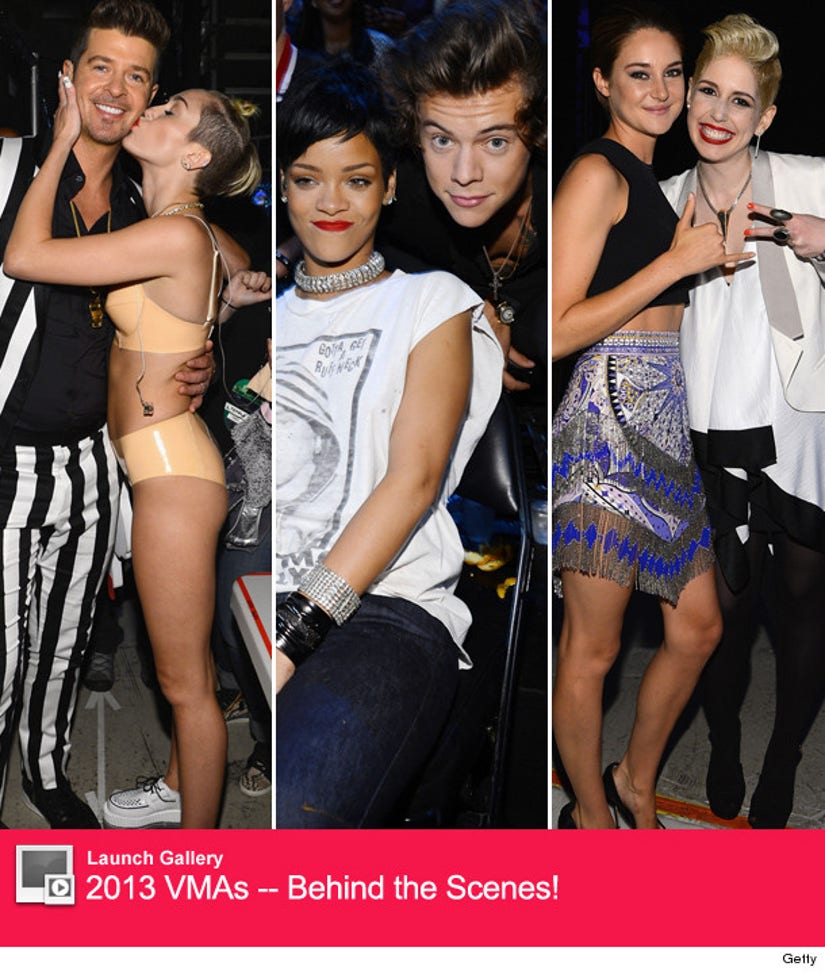