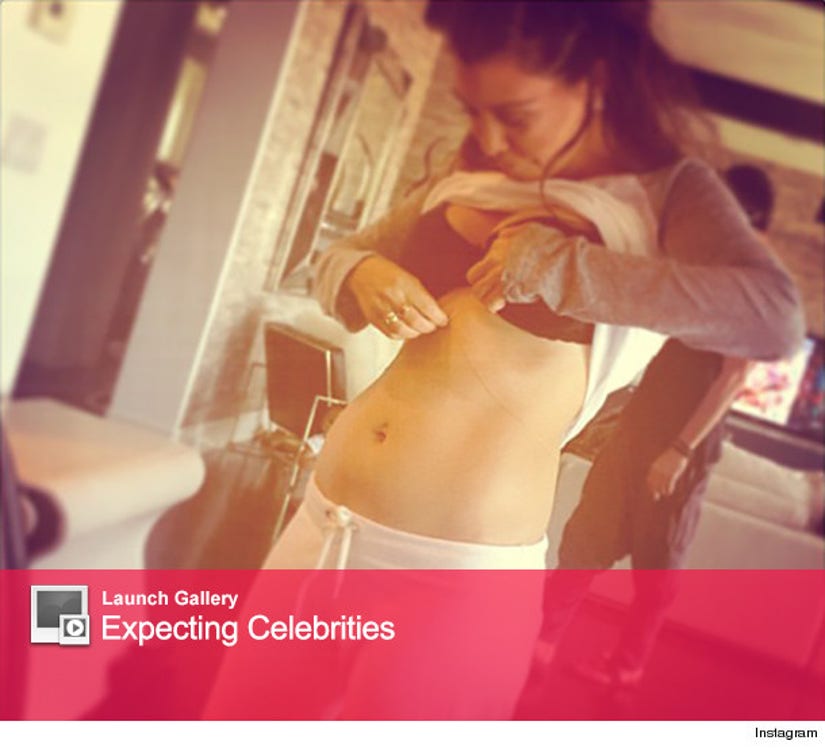 When we look at the photo above, we see a fit Kourtney Kardashian -- but, to everyone else, this pic seems to confirm that she's pregnant.

Scott Disick posted the shot last night on his Instagram page, showing the mother of his two kids lifting up her shirt to reveal her bra and stomach.

Almost immediately, fans started tweeting congratulations to the couple like crazy -- with his followers saying things like "Oh my gosh! How exciting!" and "That's great news!!!"

A few followers were skeptical though, with one even saying "What if shes not pregnant and she sees all these comments..."

So far Scott and Kourtney aren't talking ... just stirring the pot with their silence.

What do you think? Was Scott trying just saying the "Keeping Up with the Kardashians" star looks like a Victoria's Secret Angel ... or do you think Baby #3 is on the way?

Sound off in the comments section below!