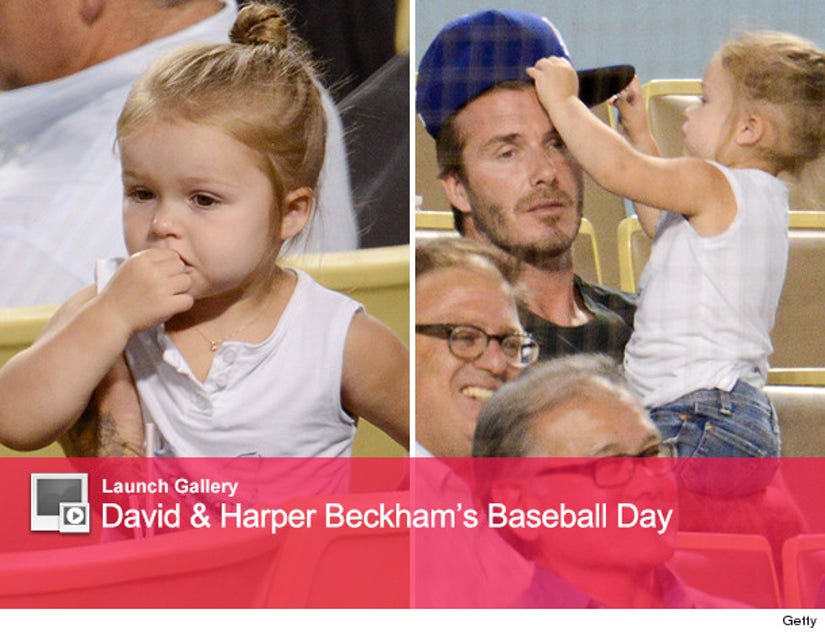 Harper Beckham is definitely not a baseball fan!

On Tuesday, David Beckham took his boys Brooklyn, Cruz and little Harper to watch the Dodgers play the Cubs in Los Angeles.

But it looked like Becks had his hands full with his daughter, who seemed way more interested in playing with her famous daddy than watching the game.

From messing around with David's hat to feeding him Cracker Jacks, the soccer stud had one very adorable distraction on his hands -- but, these are some of the cutest photos you'll probably see all day!

It looks like Harper takes after her mom, Victoria Beckham. The 2-year-old obviously loves being the center of attention!

Click "Launch Gallery" above to see all the aw-dorable photos from their baseball game!