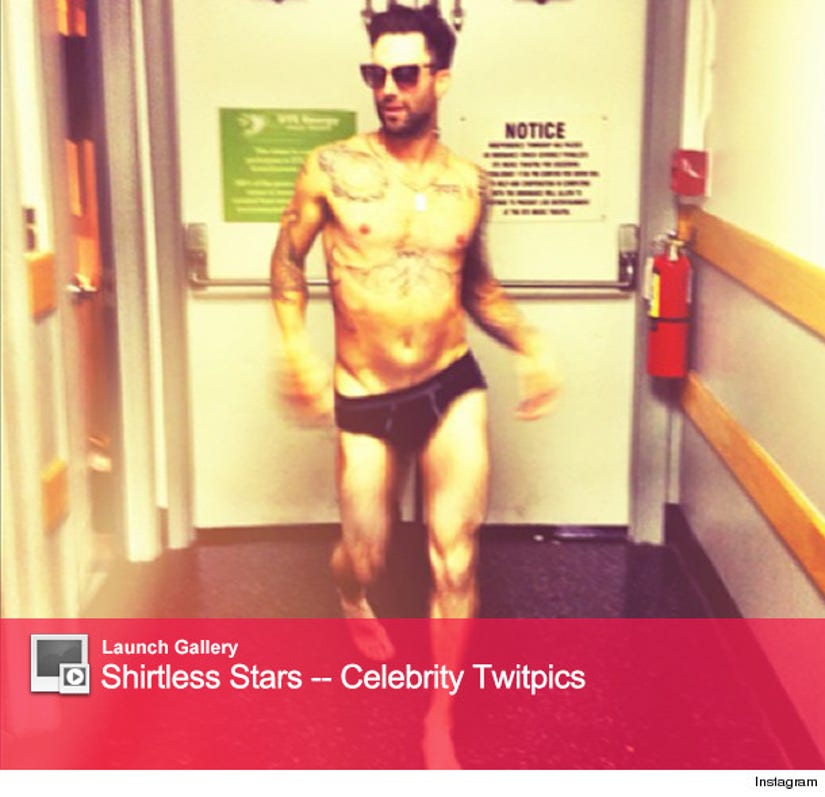 Adam Levine's fiancee is about to get a lot of Instagram followers if she keeps posting photos like this!

Model Behati Prinsloo posted the photo above of the Maroon 5 frontman sporting nothing more than black briefs, sunglasses and some serious swagger.

The model and the singer announced their engagement back in July after secretly getting back together.

"He was a stand-up guy, called my dad, called my mom. He did the whole thing," Behati said of the proposal. Adding, "We're happy to start this new chapter of our lives together."

See more stars who have stripped down for their fans online in the gallery above -- who has the best bod?