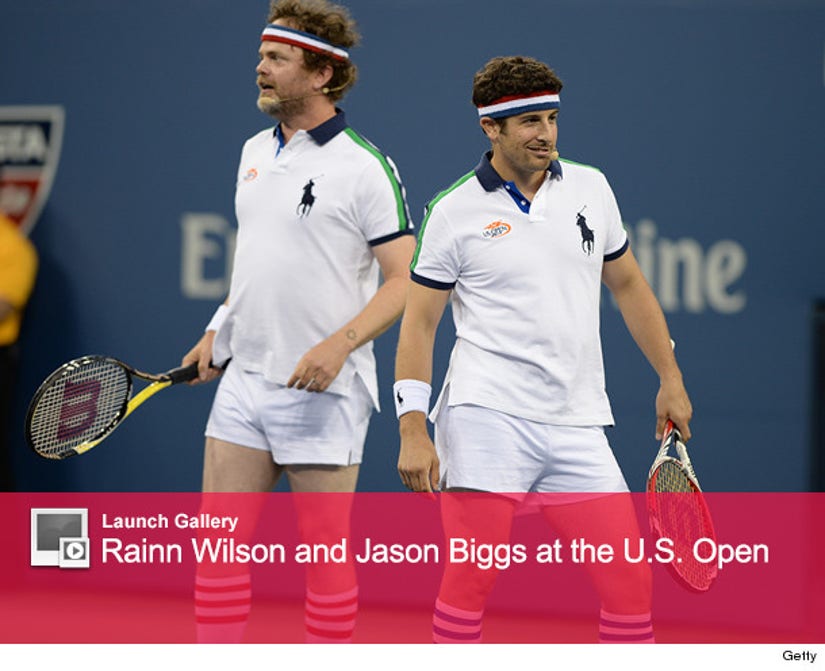 On Thursday, the actors played an exhibition doubles match at the U.S. Open and showed off their terrible tennis skills in New York.

Each rocking a pair of white short-shorts, matching headbands and knee socks, the comedians definitely put on one heck of a show.

"The Office" actor and "American Pie" star even got into some faux fights at the sporting event, pulling each other over the nets, mocking the other team and making some painful (yet hysterical) faces during the match.

If the U.S. Open had this much comedic action every match, we'd definitely become hardcore tennis fans.

Click "Launch Gallery" above to see all the funny photos from Rainn and Jason's hilarious doubles match!