Didn't have time to sit through the 3+ hour Emmy Awards? We did! Check out five can't-miss moments below!

But it was two former Golden Globe co-hosts -- Tina Fey and Amy Poehler -- who stole the bit, referencing twerking and NPH's "business":

Jane Lynch paid tribute to her late "Glee" costar Cory Monteith, who died of a drug overdose over the summer. Her speech was also a precautionary tale, calling his death a "tragic reminder of the rapacious, senseless destruction brought on by addiction."

The night's in memoriam segments lacked a certain emotional gravitas, until Edie Falco took the stage to pay tribute to her late "Sopranos" costar James Gandolfini.

The actress had to take a moment to compose herself before continuing on:

Michael Douglas won Outstanding Lead Actor in a Miniseries or Movie, and thanked his on-screen partner Matt Damon in a hilarious acceptance speech full of sexual innuendo (they played gay lovers in "Behind the Candelabra"). He later thanked his estranged wife Catherine Zeta Jones and made a plea for his son Cameron Douglas, who is in solitary confinement without social visits until 2018 after failing prison drug tests.

Bonus Video: Most awkward toss ever

It's unclear if this was done on purpose or accident, but someone was definitely in the wrong place at the wrong time: 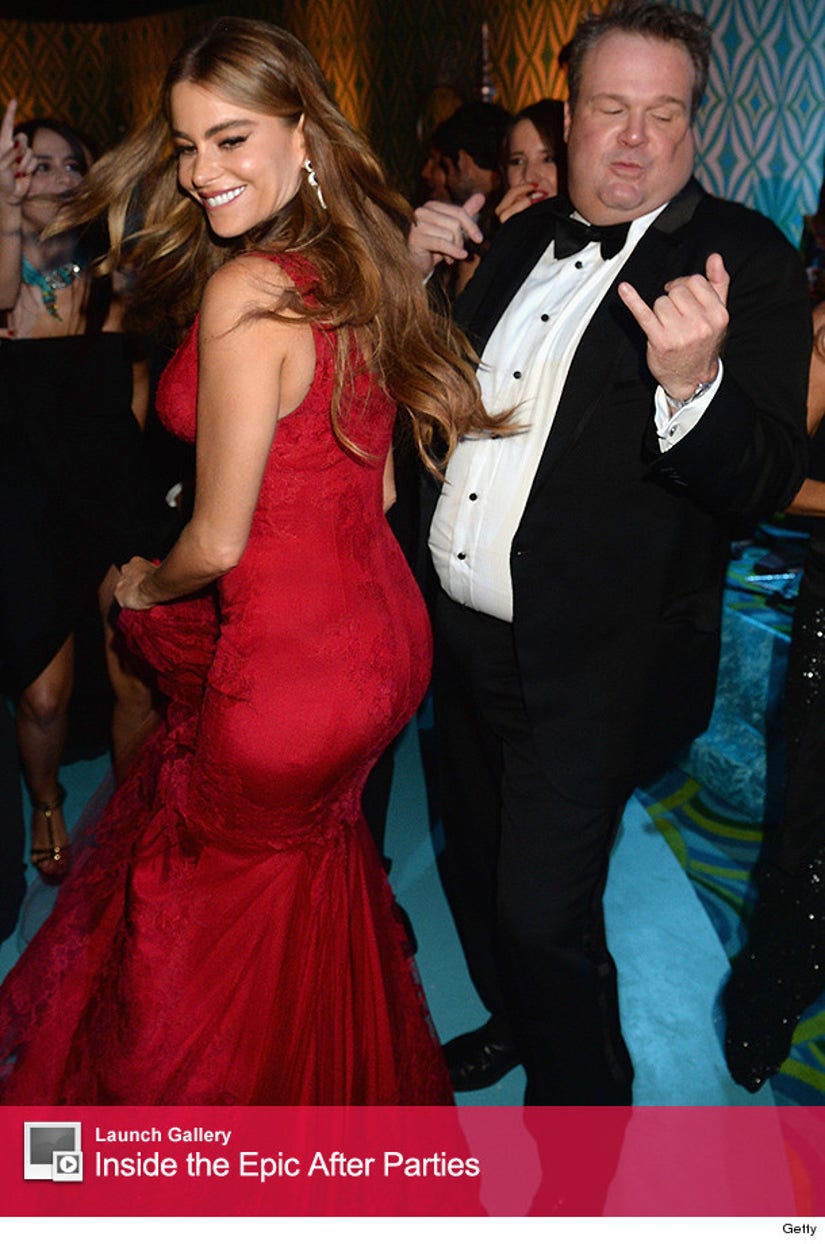 Plus, check out all the red carpet hits and misses below! 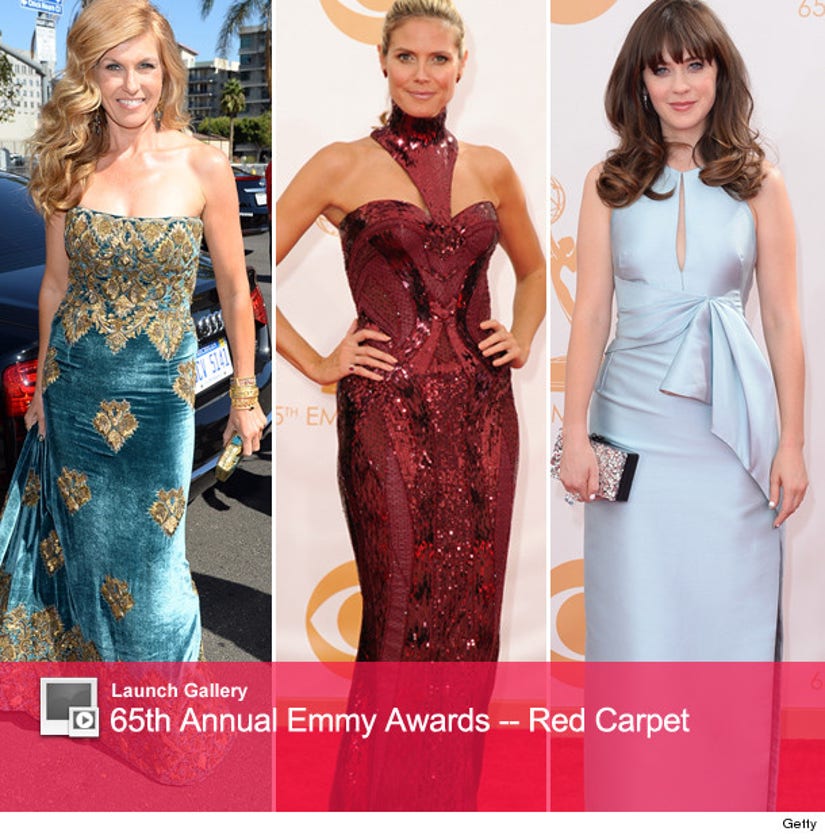