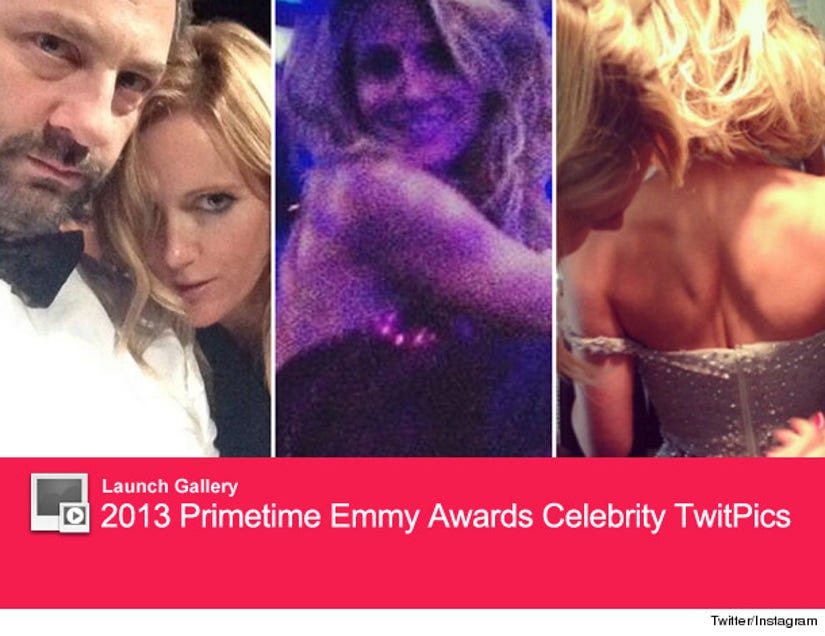 The 65th Primetime Emmy Awards may have been a slow show, but the celebs still managed to get a little wild behind the scenes!

Judd Apatow and Leslie Mann couldn't wait for the show to end, tweeting this hilarious picture with the caption "Long show / no food or drink."

Heidi Klum looked like she had way too much fun at the one of the after parties. Look at the hair -- the model must have been dancing up a storm!

And Julianne Hough needed some help getting into her dress for the night. It did look pretty snug on the red carpet -- wonder if she had a hard time breathing in that thing?

But these stars weren't the only ones sharing some inside snaps, click "Launch Gallery" above to see even more celebrity TwitPics from the 2013 Emmys!