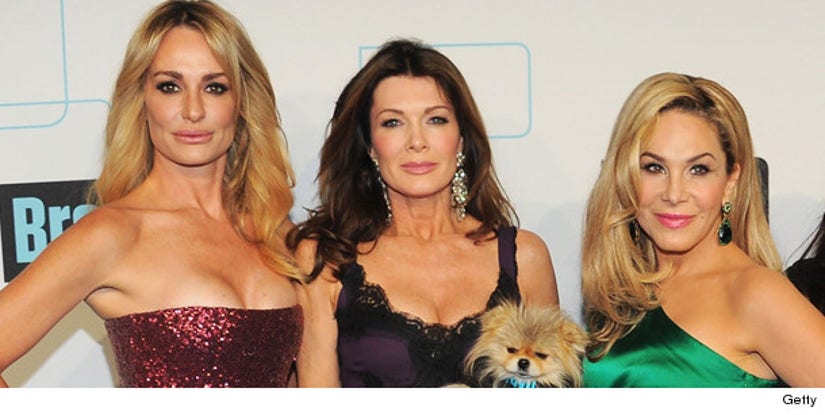 Lisa Vanderpump is a busy woman!

She has two reality shows, three L.A. businesses (including the upcoming P.U.M.P. Lounge), and more drama going on than one can count!

toofab's Lawrence Yee caught up with the "Vanderpump Rules" boss and "Real Housewives of Beverly Hills" star at Saturday's Hero Dog Awards, where she dished about the upcoming seasons of both shows.

See what she says about new additions to SUR and "Vanderpump Rules" -- including Ariana Madix and Kristina Kelly -- as well as the departures of original "Real Housewives" Adrienne Maloof and Taylor Armstrong. Lisa explains where things stand with her former castmates:

And while Lisa thinks it's a shame that Adrienne and Taylor are no longer on "RHOBH," she has already become friends with one of the two new castmembers, Carlton Gebbia.

"Carlton and I do have an affinity. She's a very straight talker. Maybe it's the British sense of humor -- we kind of get each other. I think she's a great girl," Lisa explained.

And while Kyle Richards told toofab she got along with newcomer Joyce Giraud better, Lisa isn't going to take sides.

"The Real Housewives of Beverly Hills" and "Vanderpump Rules" premiere November 4 on Bravo.