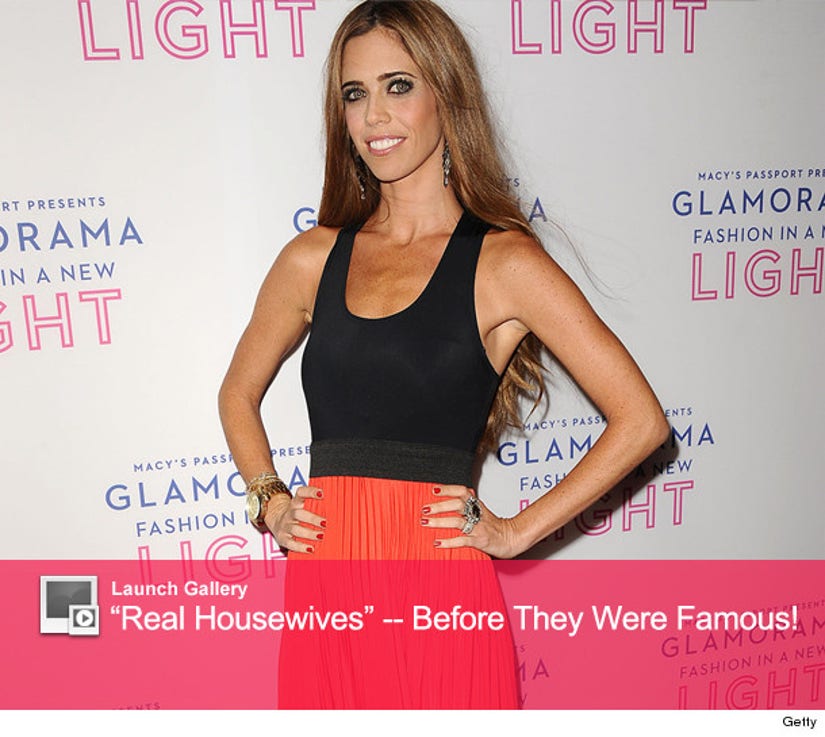 Lydia McLaughlin made it out of her first season of the "Real Housewives of Orange County" unscathed -- and now she's ready to shed some insight about what really went down in the O.C!

toofab's Brittany Kyles chatted with the O.C. newbie about all things "Housewives." Since filming's wrapped for the hit Bravo show, Lydia's taken on another new project: Jewelry design!

From gorgeous gold bangle bracelettes to stunning rings and earrings, each handcrafted piece was designed by Lydia herself.

"It's all handmade in Orange County and I just really wanted to make something that I would wear," she says. "I know that I am a really hands-on mom -- I'll go from a park play date, to a business meeting and maybe a date night with my husband. [While] I love sparkly, big, funky earrings, I hate that feeling at the end of the day when you can't wait to take off your jewelry." 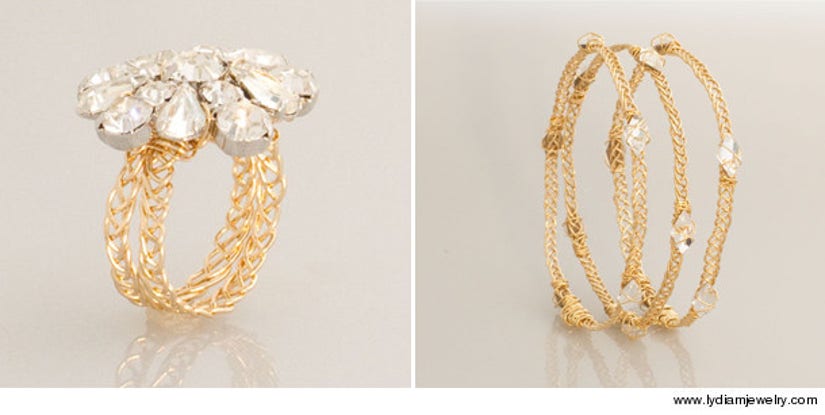 Each of her pieces are lightweight and versatile -- which was her goal for the Lydia M. Jewelry collection. But she's not just trying to turn a profit, 10% of Lydia's earnings will go to iSanctuary -- an organization that helps rehabilitate victims of human trafficking.

"I think a lot of times people think 'it happens over there' but as you get more educated about it, there's a lot of human trafficking happening in our backyard, even in Orange County," she says.

While the "Real Housewives of Orange County" recently wrapped, McLaughlin's still recovering from the reunion.

Viewers were shocked when they saw Vicki Gunvalson's son-in-law, Ryan Culberson, burst out in rage against Lydia's mother for relaxing on the couch at Gunvalson's party. While there's no actual footage of what happened, both of them were miked at the time. Check out Ryan's explosive behavior below:

Lydia and her mother have yet to hear an apology from Vicki's daughter Briana Culberson or Ryan. "Watching it back I was able to understand more of where she [Briana] was coming from and why she took her husband's side, because she really didn't know what happened," McLaughlin explains.

"I was really expecting her to come on the reunion and say 'I'm sorry' or give some sort of an apology. It's not even that she had to apologize, but at least take responsibility for her husband's actions," she adds.

That wasn't the only hard moment for Lydia last season -- at the reunion special she broke down in tears after Briana accused Vicki's then-boyfriend, Brooks Ayers, of condoning spousal abuse.

Check out the video below to see Briana's shocking allegations.

Lydia -- clearly upset by the argument -- had to remove herself for a moment from the heated exchange ... but, there's more to the story.

"I really love Vicki. I just have a soft spot in my heart for her. I think I relate to her and Briana's relationship, because I am really close with my mother as well," she explains. "I have had talks with Vicki and I know how much she cares for Brooks. So at that moment, I felt like her daughter was attacking someone she loved, she was getting hurt, Brooks was going to get so creamed by anyone who watches the show, Briana was hurt and I just felt like it had taken it to a new low."

Even though the season is over, Lydia has still maintained great relationships with the ladies -- especially Gretchen Rossi and Alexis Bellino who have reportedly been let go from the cast.

"It's ironic, I'm the closest with Alexis and Gretchen, [I think] if I go back again, and all of the rumors are true, I'm out of luck. I have the most in common with them. But I still talk to Vicki, and Tamra [Barney] and I text occasionally," she reveals.

Now with her first reality show season behind her, Lydia's happy she joined the cast. "You know it's a hard show to navigate through, it was a great experience. I think if you just take it for a ride and you don't take it too seriously -- you'll be successful at it," she tells us.

And for anyone with hopes of reality TV stardom, the O.C. housewife's best advice is to be true to yourself ... because there's a lot of editing that goes in to it.

"Of course it's edited. They are filming maybe 10% of your life and out of that 10% you see 1% that makes it. So I think it's genuinely who you are, but there are so many sides to everybody," she says. "I'm just being authentically who I am."

Hopefully, we'll see Lydia back with the "Housewives" next season -- to see what she's doing now make sure to follow her on Twitter and check out Lydiam.com for her jewelry and blog updates!