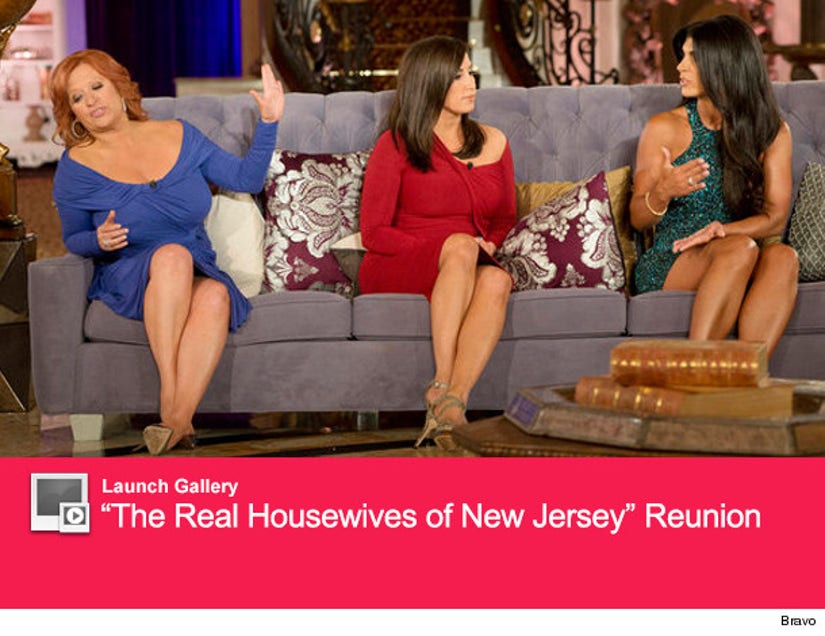 Things got very emotional on "The Real Housewives of New Jersey" reunion Sunday night, when the topic turned to Teresa Giudice and Joe Giudice's legal woes.

Teresa could be jailed and Joe could be deported if they are found guilty on some or all of their 39 federal charges of fraud. The two have four young daughters.

Caroline Manzo was hesitant to even talk about the subject, only saying "I think it's awful. I think the whole thing is awful and I don't like to talk about it."

"It's heartbreaking," Kathy Wakile said of her cousin Teresa's plight. "You want their pain to go away. You don't want anyone you love to go through that."

"I've had hives thinking about it," an emotional Jacqueline Laurita admitted. "It scares me. I know their family must be hurting."

Indeed, it was Teresa's family that hurt the most.

"I got depressed," Teresa's brother Joe Gorga admitted. "It's hard to talk about. I don't even really want to touch on that subject. It's a hard thing to swallow. I hope that everything works out."

Joe's wife Melissa Gorga had to fight back her tears, and in turn Teresa got emotional. Watch:

Teresa continues to claim her innocence.

"I really don't know why this is happening to us," the 41-year-old mother of four opined.

When news of her charges came out, most toofab users did not feel sorry for Teresa. Has your opinion changed? Tell us in the comments below and check out more photos from the reunion.