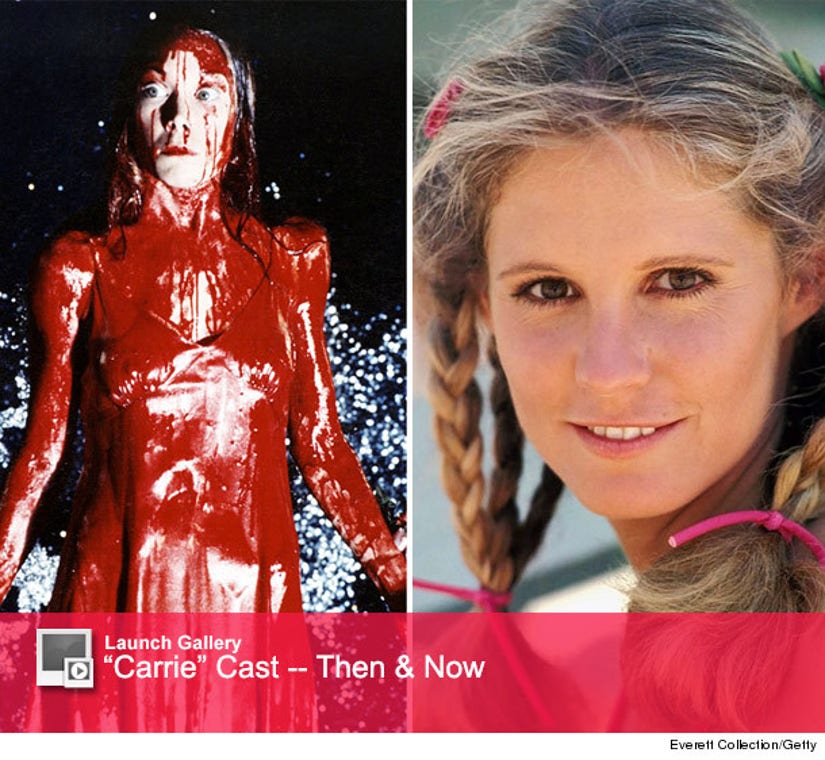 Halloween is here and to celebrate, we're taking a look back at some of our favorite horror films of all time. And to kick off our 13 Days of Horror, we've got some fun and freaky facts from the set of Brian De Palma's 1967 classic "Carrie."

toofab's Brian Particelli recently reached out to one of the original film's mean girls, scream queen P.J. Soles -- where she talked about her nasty on-set injury, her interesting casting call and reveals if she was asked to cameo in the 2013 remake.

The actress, now 64, couldn't have been friendlier!

Check out fun facts we learned from P.J. about "Carrie" -- and click the gallery above to see what the entire cast looks like now.

1.) The casting call was RIDICULOUS

Directors Brian De Palma and George Lucas held a joint casting call for their movies at the time -- De Palma for "Carrie" and Lucas for a little film called "Star Wars."

"I had this red baseball hat that I wore everywhere and I happened to bring it to the audition," Soles says of the casting process. "It was that famous casting session when George Lucas and Brian De Palma saw every teenager in town. It took 2 hours to finally get in the room!"

"Brian looked and me and then at George and said 'Put her on my list," and George nods. I turn to go and Brian says 'At the next audition, bring that hat.'"

She would have a couple callbacks and both P.J. and her baseball hat were cast in "Carrie" -- her character Norma never takes it off!

While her character was killed on screen after being knocked to the ground by a rogue hose, Soles herself actually suffered a pretty nasty injury filming the death scene.

"The firemen didn't want to man [the hose], they said the force was going to be too strong," P.J. tells us. "The stunt guy said 'I'll man it, I'll be careful.' But the hose was really forceful and it whacked my head and broke my eardrum!"

"When your eardrum's broken, you lose your equilibrium and the pain was unbelievable," she adds. "I just slid down the bleachers and that's when you see me wince. I feel that horrible pain. That was a wrap on me, but it worked for the scene!"

3.) Sony didn't want her for the remake

When asked if she was approached to make a cameo in the new movie, P.J. said "No! Never heard a word."

While both Sissy Spacek and Brian De Palma gave their blessings to the remake, Soles adds "I don't think they wanted anybody from the original."

"My agents submitted me for that. I'm like, 'Wow, I'm really old now," she says. "I brought a picture of me with my red baseball hat at the prom in 'Carrie' [to the audition] and wrote 'Dear Rob, I'm ready to scream for you, love P.J.'"

It worked: "He cast me, so maybe that picture did the trick!"

The actress reveals that she's dabbled in songwriting for her boyfriend and son-in-law's band, Cheap Rodeo.

"I've actually written 6 of the songs, the lyrics only, and I'm so proud of it," she says of her music. "I feel like Riff Randall [her character in "Rock 'n' Roll High School"] is finally a real songwriter!"

Check out one of the songs she wrote, "First Night In Heaven," below:

"First Night In Heaven" by Cheap Rodeo from MasiMedia LLC on Vimeo.