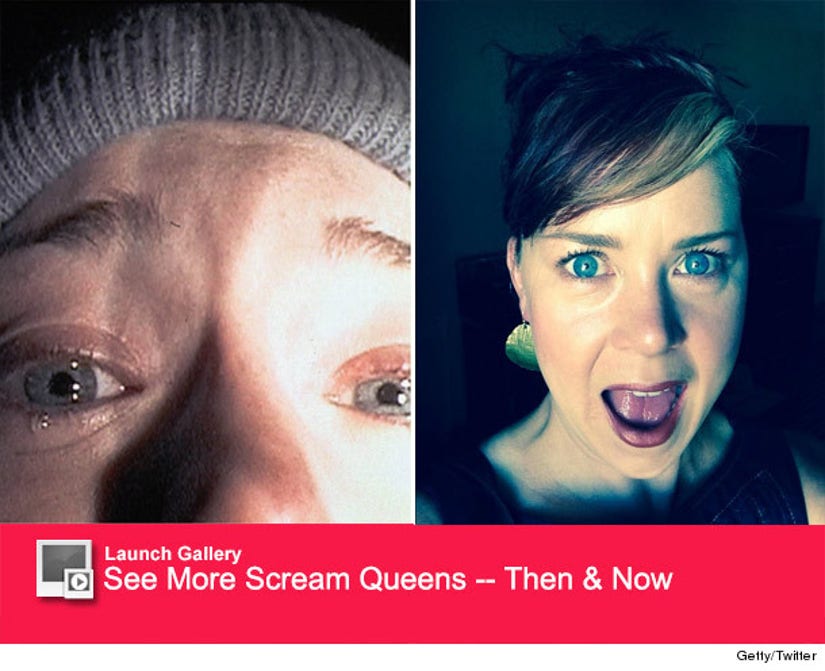 Today's feature film is "The Blair Witch Project" (1999). Crazy to think it's been 15 years since this one came out, right? While found footage horror films are the norm these days, this is the one that started it all.

Stars Heather O'Donohue, Joshua Leonard and Michael C. Williams actually reunited earlier this year at the Texas Frightmare convention back in May. That's all three of them with a member of the press below ... click here to hear their interview with OneOfUs.net. 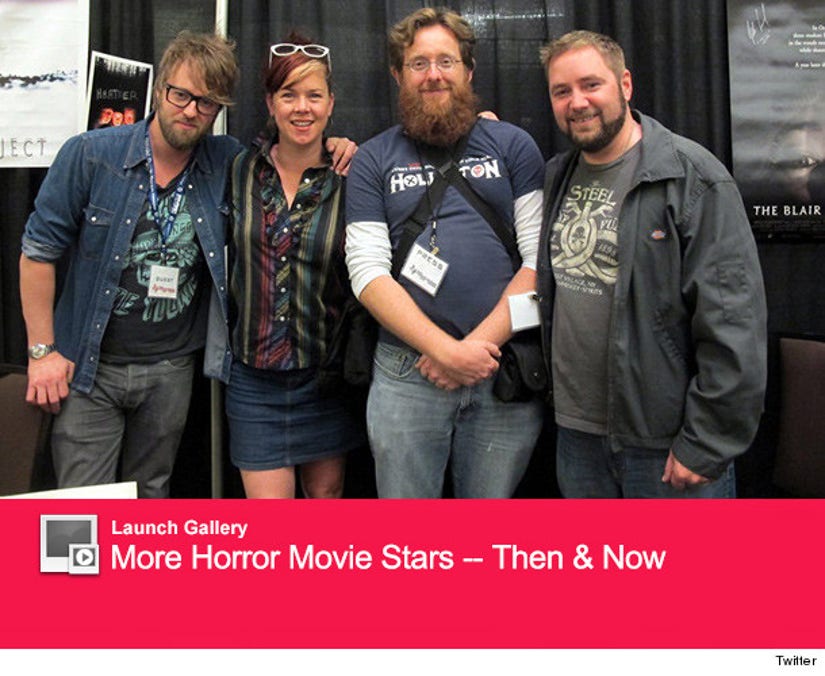 1. The 3 actors, Joshua, Heather and Michael, were only given a 35-page outline of the plot before shooting began. They improvised their lines and most of the on-camera events were surprises to them.

2. When Heather O'Donohue screams “What the f**k is that?”, she's actually looking at the film's art director Ricardo Moreno dressed in white long-johns, white stockings and white pantyhose pulled over his head. Terrifying, right?

3. The footage was originally much higher quality, but was deliberately deteriorated to look more authentic for the 1994 setting it was allegedly shot in.

4. Heather thought her whole face was in the shot during her now infamous snot-filled closeup (above). It wasn't, but the directors love how it turned out.

5. Despite the film's success, O'Donohue quickly left showbiz behind -- and began growing medical marijuana in Northern California. For more about her new life, click here.

Joshua continues to act, appearing on Showtime's "Hung" and "United States of Tara." He also recently starred in "If I Stay" earlier this year. Michael would later appear in "Altered" and an episode of "Law & Order: SVU" in 2009

Check out the gallery above to see what more famous Scream Queens look like now -- plus, keep coming back daily for more freaky facts!

And be sure to check out:
Original "Carrie" Star Reveals Set Secrets -- Who Got Injured Filming Prom Scene?