With "Iron Man 3's" summer success and next month's "Thor: The Dark World," Marvel's "Phase II" is already in full swing -- and now we've got the first look at the next installment of the Avengers saga, "Captain America: The Winter Soldier."

Chris Evans returns as titular hero Steve Rogers, who is this time joined by Black Widow (Scarlett Johansson) and Falcon (Anthony Mackie) as they face off against a familiar face from Cap's past.

According to the official plot synopsis, the superhero "struggles to expose the ever-widening conspiracy while fighting off professional assassins sent to silence him at every turn."

And you get a glimpse at some of those assassins in the teaser trailer above. 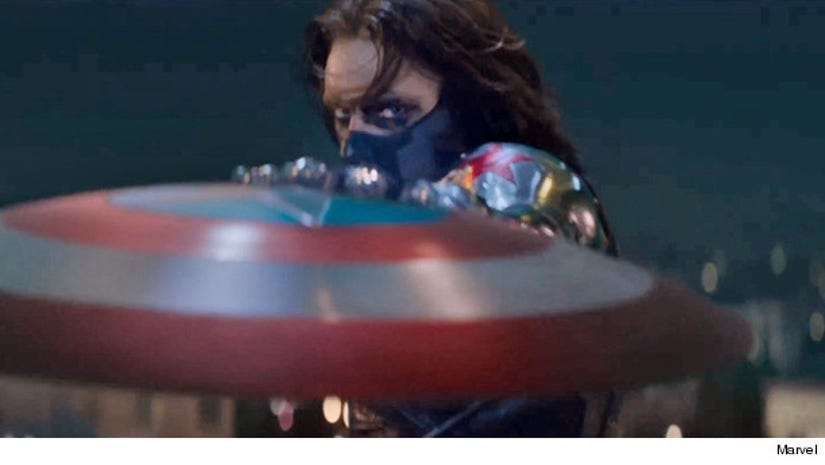 As for the film's Big Bad, The Winter Solder, he's played by Sebastian Stan -- who returns to the franchise as Bucky Barnes' evil alter-ego. Bucky, if you forgot, was last seen falling off a train to his apparent demise in "Captain America: The First Avenger."

How do you think the new movie looks? We can't wait!

toofab's Brian Particelli got a longer look at footage from the film, due out April 4, 2014, at D23 in August. Click here to hear about the footage that didn't make the trailer.