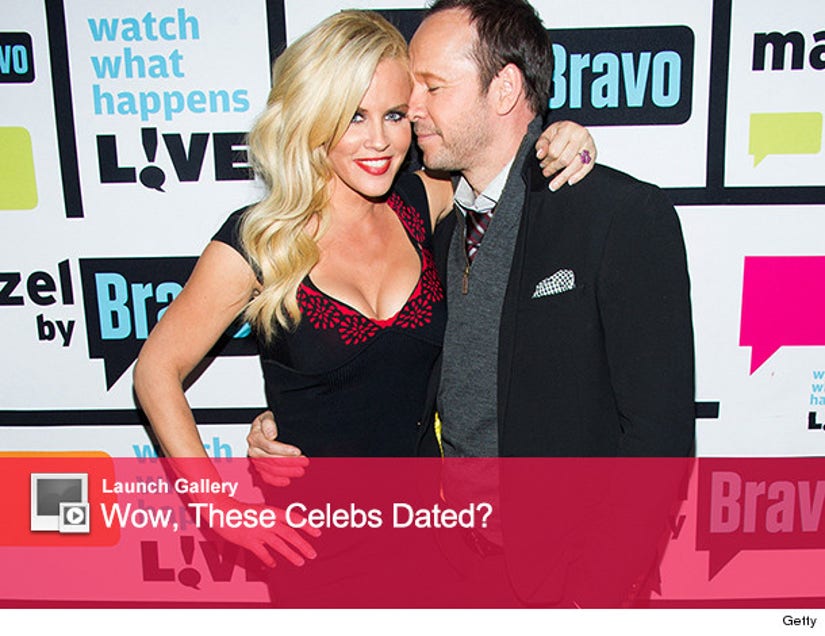 Jenny McCarthy is a lady in love!

"The View" co-host opened up to Bethenny Frankel about her bright future (and possible wedding bells!) with boyfriend Donnie Wahlberg.

"I've said on every interview that I was like, 'never get married again ever' and of course, you never say never, "Jenny revealed. "I think he would be an amazing husband. So, if he does, I would for sure say yes."

The cute duo, who have been dating since early July, are still in the honeymoon phase. So, who made the first move?

"I told the universe I am ready for love. I said bring the one. I am not doing anymore auditions," the 40-year-old spilled. "I did one year of no dating. I am going to say no to everyone and if someone breaks through where I'm like, 'Hmmm,' then I'll follow that. I would end up giving him my phone number. I made the first move."

Jenny made the first move, but there wasn't an instant love connection!

In a radio interview with Scott and Todd from New York's 95.5 PLJ, Jenny said it took a while for the "Blue Bloods" star to ask her out.

"It took two weeks for him to call me back, and I thought for sure he was playing for a different team, if you know what I'm saying," she said. "That's of course my ego, a girl's ego: 'He must be married, he's gay, what's wrong?'"

When Wahlberg finally got in touch with McCarthy, the blonde bombshell said they "talked for a while" and "took it slow."

We're happy for Jenny and Donnie, and they actually make a cute pair! What do you think?

Tell toofab in the comment section below, and click "Launch Gallery" above to see more surprising celeb couples.