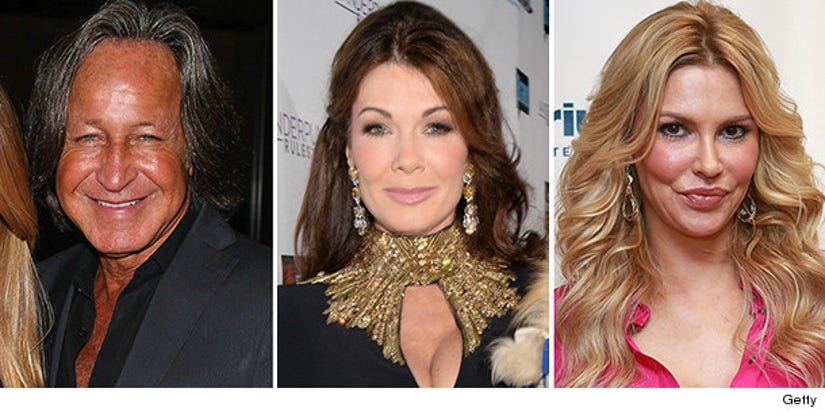 The "Real Housewives of Beverly Hills" star appeared on "Watch What Happens Live" Monday night, where she said Yolanda Foster's ex-husband Mohamed Hadid had an affair with Joanna Krupa.

Check out the video above to see what Brandi told Andy Cohen about their extramarital relationship!

That wasn't the only bold statement Glanville made, she also disclosed something Hadid allegedly told her and Lisa Vanderpump about Joanna's private ... parts. It's far too graphic to post, but click here to see what else she said about the model.

Mohamed took to Twitter after the show tweeting both Brandi and Yolanda about her raunchy accusation.

That such a lie @MohamedAHadid

He also tweeted his ex-wife Yolanda about Glanville's controversial statements.

And it didn't stop there, fellow "Housewives" star Lisa Vanderpump -- who Brandi says also heard Mohamed's confession -- got in on the action and sent some kind words to Mohamed.

Brandi, still sticking to her story, also sent a message to Hadid in the midst of the Twitter backlash.

Who do you think is telling the truth? Tell toofab in the comment section below!