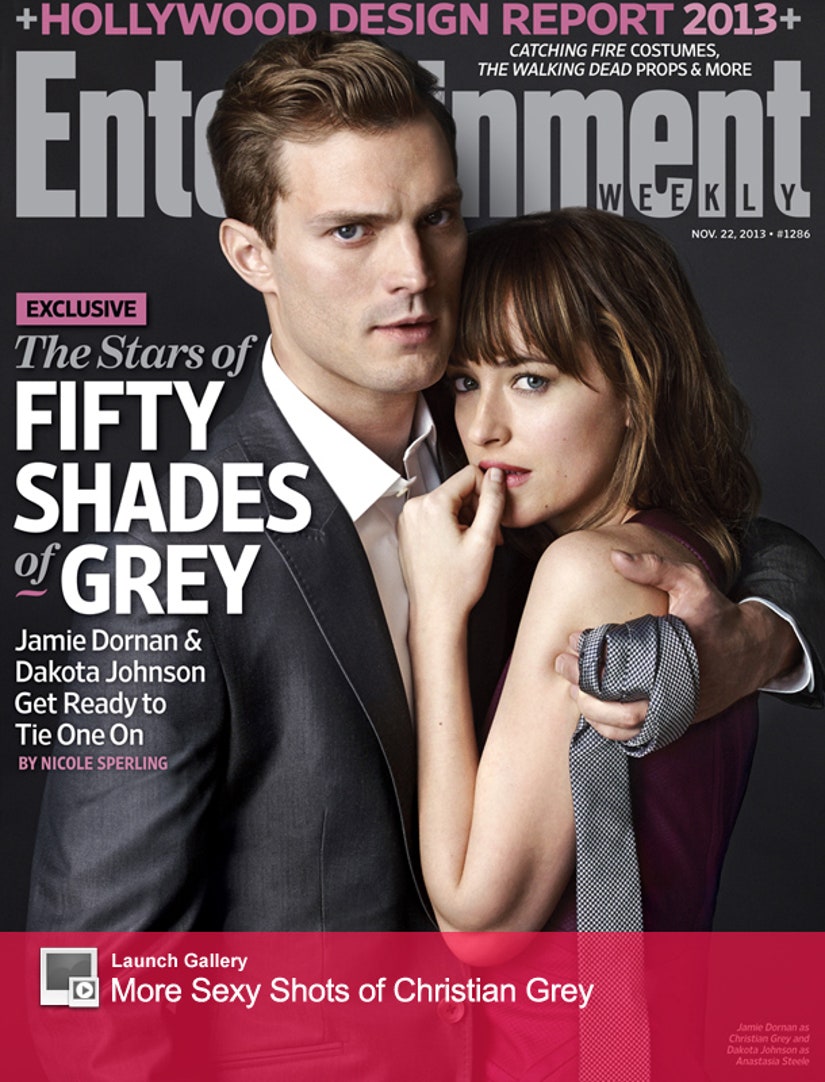 The good news first: We've got the first look at stars Jamie Dornan and Dakota Johnson in costume as Christian Grey and Anastasia Steele!

In the new Entertainment Weekly, the two actors gave rabid fans a sneak peek at what they'll see when the big screen adaptation of the S&M-filled book hits theaters ... and they make a hot couple.

With his character's signature grey tie wrapped around his hand, Dornan is smoldering as the kinky billionaire ... while a newly-brunette Johnson looks innocent biting onto her thumb.

"I grew up in a very liberal place," Dornan says of the book's steamy scenes. "I'm not saying we had a playroom, but I'm not shocked by [the sex in the book]. It's essential to tell the story. I can't believe films that don't invoke the sexual side of it. So it works for me.”

As for Johnson, she's working on her hot bod!

"Obviously, I want to look good naked,” she tells the mag. "I totally understand now why people exercise, because it kind of f—ing feels awesome."

And with all that excitement out of the way, the bad news: The movie isn't coming out until 2015.

While the movie was initially supposed to open in August 2014, Universal pushed back its release until Valentine's Day the following year.

Universal's chairman Donna Langley swears the date change has very little to do with Charlie Hunnam dropping out of the flick -- instead blaming a crowded summer and viewing V-Day as a more lucrative choice.

"The strength of this book is really worldwide, so we want to be able to take advantage of women who are invariably on vacation with their families during the month of August in Europe," says Langley.

What do you think of the casting now that you see the two together? Sound off below!