The actress steals the show in the first trailer for Disney's upcoming live-action "Maleficent," with Jolie playing the deliciously evil title character.

It may be the role she was born to play ... and we mean that in the nicest way possible!

With a pair of leather horns on her head and some crazy facial prosthetics, she brings the "Sleeping Beauty" villain to life in a re-imagining of the classic tale told from the sorceress' perspective.

Like "Wicked," things may not always be what they appear -- and Maleficent may have some real justification for the way she behaves.

"A beautiful, pure-hearted young woman, Maleficent has an idyllic life growing up in a peaceable forest kingdom, until one day when an invading army threatens the harmony of the land," the official plot synopsis reads.

"Maleficent rises to be the land's fiercest protector, but she ultimately suffers a ruthless betrayal," it continues, "an act that begins to turn her pure heart to stone."

The trailer gives us glimpses of Elle Fanning as Sleeping Beauty and even Jolie's own daughter, Vivienne, playing a younger version of Princess Aurora. Isn't she adorable?!

See more of Maleficent in action when the movie hits theaters on May 30, 2014. 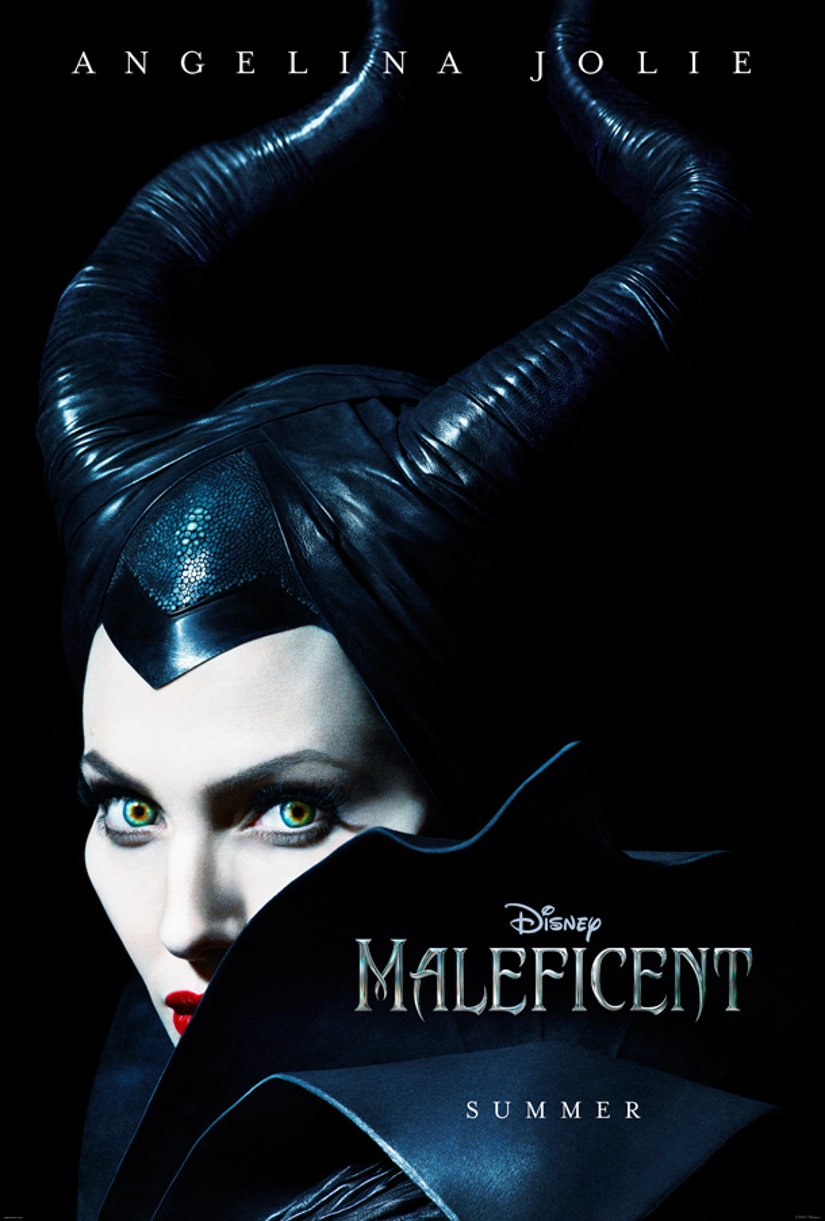