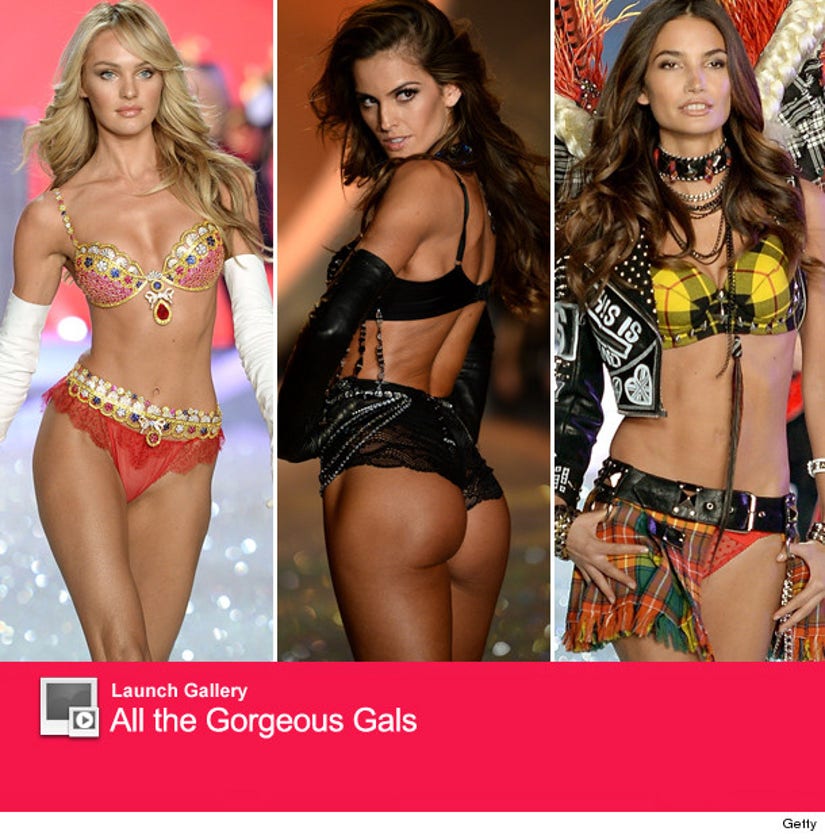 It's the hottest runway show of the year!

The 2013 Victoria's Secret Fashion Show went down Wednesday night in New York City -- where models and celebs mixed amid some of the sexiest lingerie we've ever seen.

The show was made up of six different sections: British Invasion, Birds of Paradise, PINK Network, Parisian Nights, Shipwrecked and Snow Angels.

But the models weren't the only ones showing their stuff!

Fall Out Boy, A Great Big World and Neon Jungle all performed during the show as well, which took place at Lexington Avenue Armory.

You can see the models and performers in action when the 2013 Victoria's Secret Fashion Show airs December 10 on CBS.