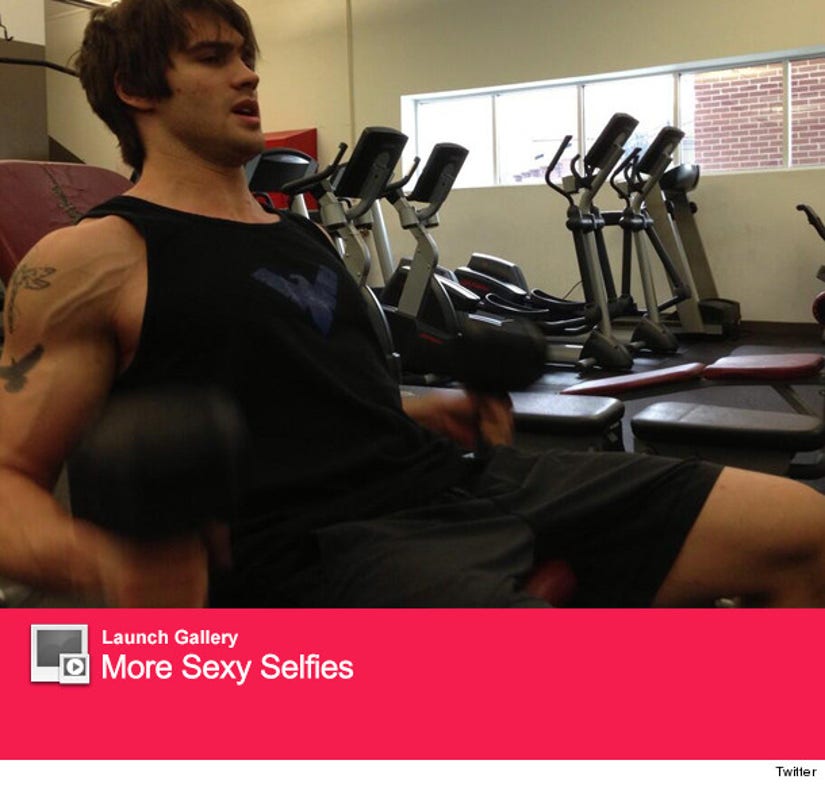 "Vampire Diaries" stud Steven R. McQueen set the Internet on fire this week with a VERY hot pic of him at the gym.

But, it wasn't just his bulging biceps that had everyone talking.

The actor, who plays Jeremy Gilbert on the hit CW show, tweeted "Nightwing training" and tagged a bunch of people associated with one of the network's other hits, "Arrow."

The tweet, plus photos of him meeting up with one of the writers of the "Nightwing" comics, led many to speculate that he'd be joining "Arrow" as Dick Grayson this season.

While McQueen definitely has the build to play the superhero, we're sorry to report he won't be pulling double duty at The CW ... at least, not yet.

Sources close to production tell toofab that Steven is a big fan of "Arrow" and he's "Just having fun on Twitter." We're told "he's not guest-starring on the show" and he'll remain a regular on "The Vampire Diaries."

As for the workout photos, he's just keeping up his already-buff bod. The actor has been training ever since his character became a Hunter in Season Four.