She put a spell on him!

After announcing her split from college beau Will Adamowicz, "Harry Potter" star Emma Watson has found herself in the arms of a new man ... and he's HOT.

The 23-year-old actress has moved on with 21-year-old Oxford rugby stud Matthew Janney. The two were seen kissing, cuddling and holding hands while spending winter break together in the Caribbean.

Both Emma and her boyfriend showed off their enviable beach bods during their vacay (above). They clearly make one attractive couple!

The two reportedly met during a rugby match between Oxford, where Emma studied for a year, and Cambridge on December 12.

Here's a shot of Janney from the match -- he's the one with the ball: 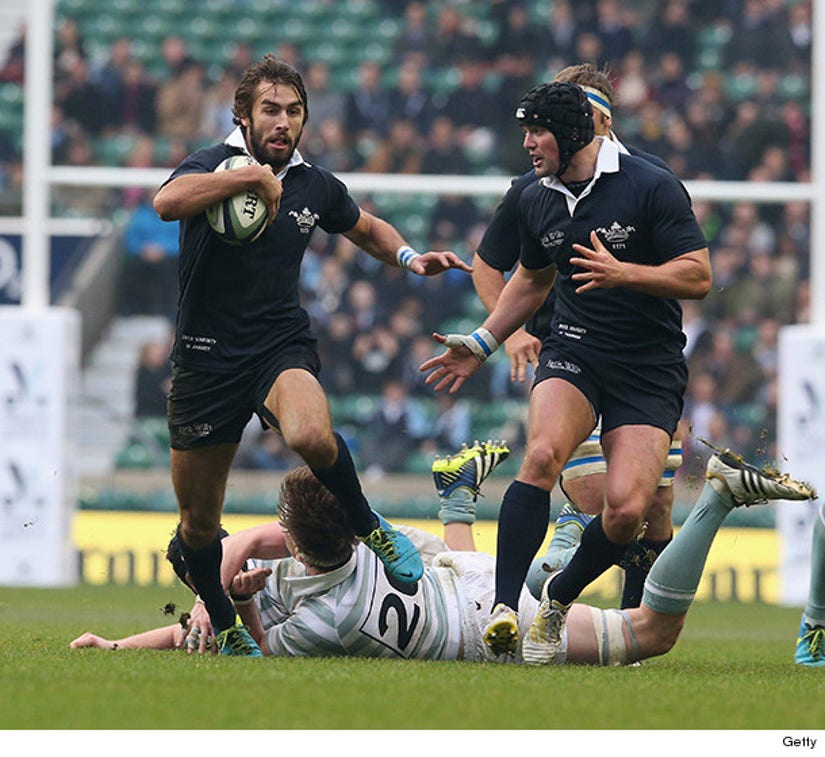 What do you think of Emma's new beau?

And be sure to see which other big name celebs have already showed off their impressive physiques this year in the gallery above!