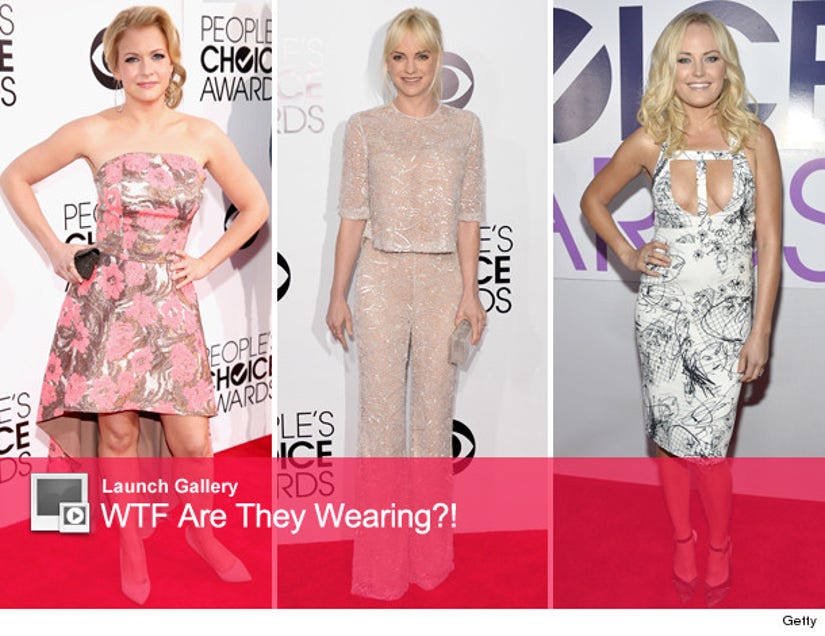 Pink floral embroidery, a nearly-nude jumpsuit, and a cleavage cut-out -- Hollywood's biggest stars fizzled on the red carpet at the People's Choice Awards.

Melissa Joan Hart attended the star-studded event wearing a rose-printed, coral and gold metallic hi-low strapless gown that had way too much going on. That fabric belongs on my grandmother's couch, not on the red carpet!

The "Melissa and Joey" actress wasn't the only star to commit a fashion crime.

And, Malin Akerman wanted everyone to look at her breasts.

The "Trophy Wife" starlet's Cushnie Et Ochs dress was about an inch away from a major wardrobe malfunction. We know she's newly single, but this black and white ensemble isn't going to help her love life.

But they weren't alone -- see more of this week's fashion faux pas in the gallery above.

Who do you think should win the "Worst Dressed" title? Sound off below!