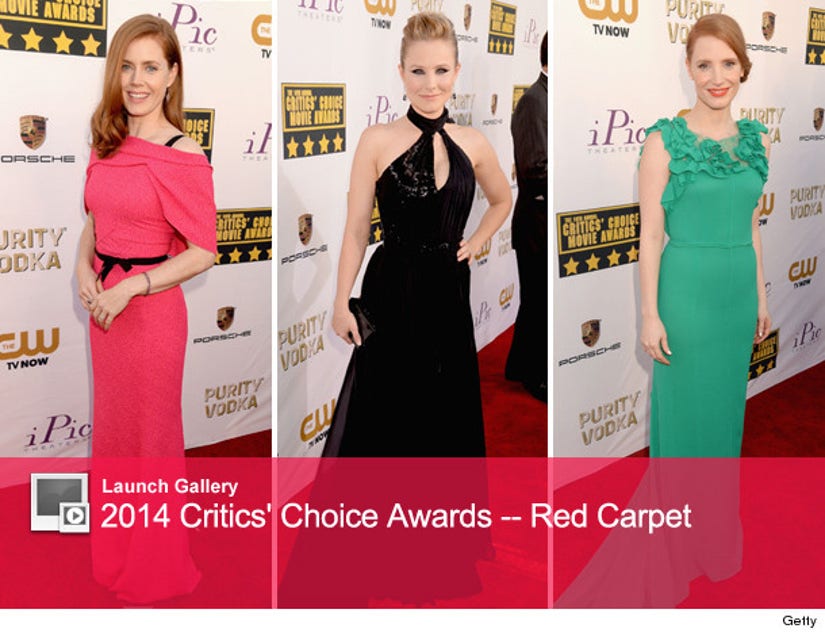 Hollywood's hottest stars hit the red carpet on Thursday at the 2014 Critics' Choice Awards, and there's some red hot fashion!

Kristen Bell showed off her hot bod in a black halter dress with a keyhole cut-out, sweeping her hair into an edgy up 'do.

Margot Robbie skipped the glamorous gown, opting for a black lace jumpsuit with sheer sleeves. The "Wolf of Wall Street" stunner kept her blonde locks down with soft curls.

It will also be a big night for Forest Whitaker.

The actor will be honored with the Joel Siegel Award for using his celebrity status to help others. The award will be presented by his "The Butler" co-star, Oprah Winfrey.