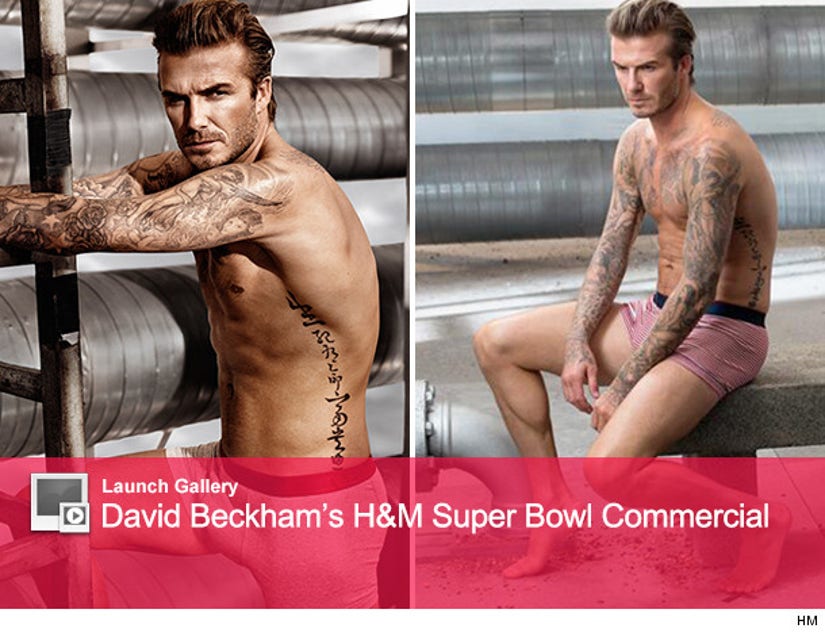 Not only is the Super Bowl going to be a good game, but you'll get to see David Beckham in his underwear ... again!

The sexy soccer star is stripping down for H&M, and the fashion brand is letting fans decide if Beckham should be covered or uncovered.

In the 30-second spot for David Beckham Bodywear, the 38-year-old filmed two endings: one where he ends up at a shoot in just his birthday suit and another where he's slightly more covered and wearing underwear.

We're pretty sure the "uncovered" version will get the winning vote!

"It was so exciting to work with one of my favorite directors, Nicolas Winding Refn, on my new campaign for H&M," Beckham said in a press release. "Nicolas pushed me hard to create an action-packed film, which shows off this season's new heritage-inspired bodywear at its best."

The commercial will air during the second quarter of the Super Bowl on Feb. 2.

Would you rather see David Beckham, covered or uncovered? Sound off below, and click "Launch Gallery" above to see more sexy shots from the commercial shoot!