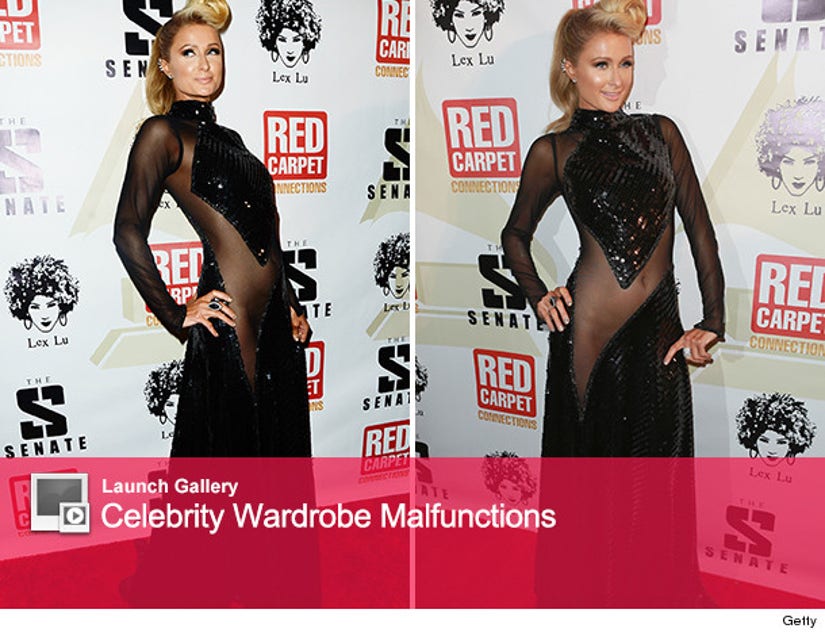 Uh-oh, could we be seeing the beginning of a new, super-revealing fashion trend?

The hot new body part to show off on the red carpet is the apparently the hip bone -- with Paris Hilton nearly exposing herself at a pre-Grammy event on Thursday night.

While Hilton's black Antonio Berardi gown kept her cleavage covered, it had some strategic sheer cutouts that made it clear Paris was not wearing any underwear.

She's not the first celeb to hit the red carpet in a dress like this though. 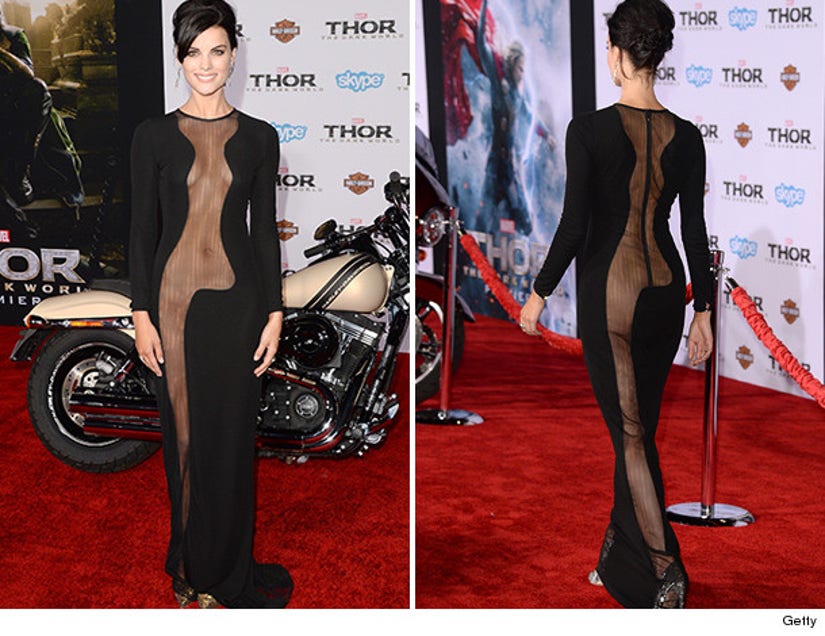 Jaimie Alexander one-upped Paris back in November, wearing this Azzaro gown which also showed off her breasts and butt.

Gwyneth Paltrow also sported a similar ensemble at the premiere of "Iron Man 3" in April, later sharing TMI about the personal grooming required to pull off the look.

What do you think about this trend? It's definitely risky and we're surprised more stars haven't pulled an Adrienne Bailon and accidentally showed off too much down there.

Check out the gallery above to see what we're talking about -- and more wardrobe malfunctions!