UPDATE: The full trailer is here. Watch it above!

"Guardians of the Galaxy" is going to be an insane movie, featuring Chris Pratt's insane six-pack!

Marvel just released a :15 tease of the full trailer, which will premiere on "Jimmy Kimmel Live!" later tonight -- and it's full of strange creatures, a very green Zoe Saldana and a brief glimpse of a raccoon firing a machine gun.

And while most of the actors went through some crazy transformations to play aliens, Pratt had to totally transform his physique.

Though the actor was ripped for "Zero Dark Thirty," he quickly packed on 60 pounds for his role in "Delivery Man" -- and then had to drop it all again to play Star-Lord in the new flick.

Judging by the quick shot of his washboard abs, his trainer did a very good job!

"Basically I cried forty pounds off and the rest of it was just being hungry and working out," Pratt said of his weight loss at Comic-Con last year. Director James Gunn revealed the actor even celebrated his birthday on set with a plate of vegetables, no cake.

We can't wait to see the full trailer tonight. "Guardians of the Galaxy" opens August 1, 2014. 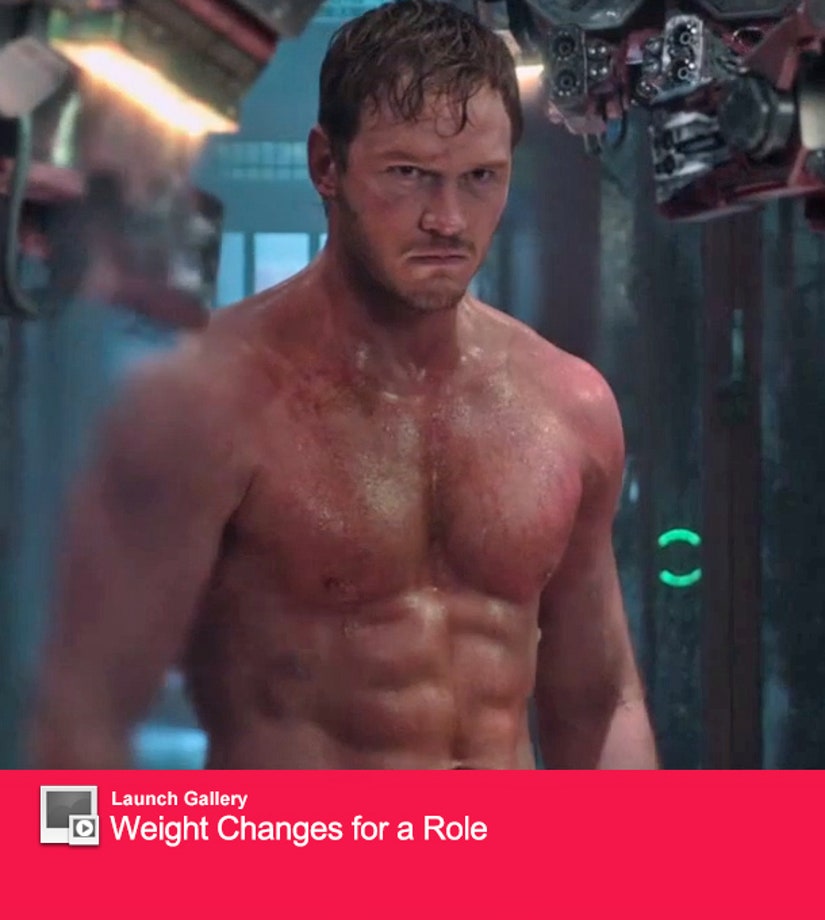