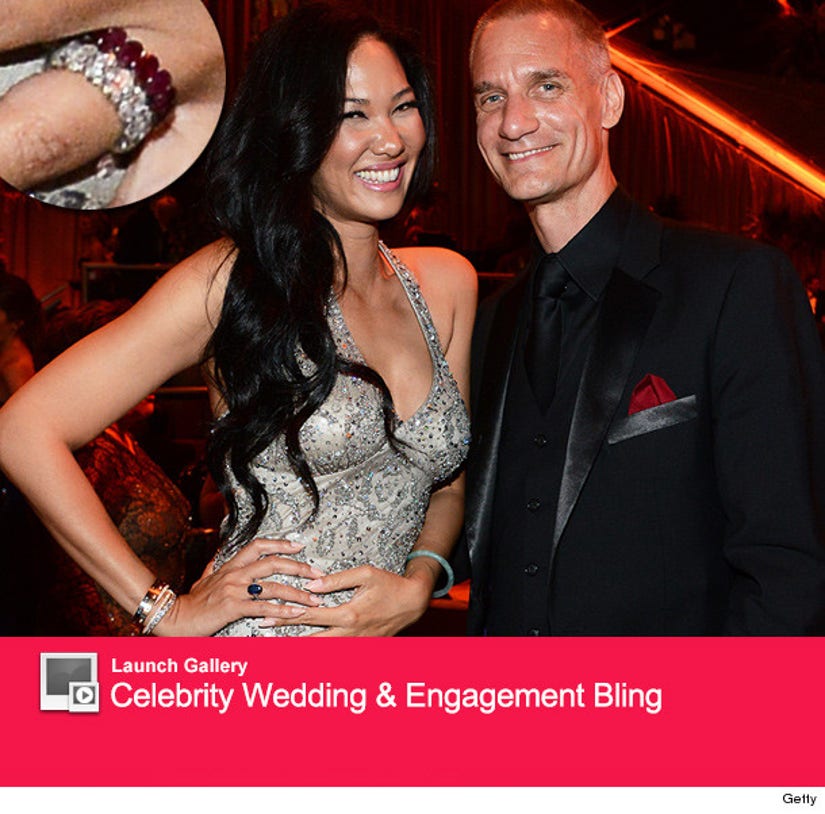 Kimora Lee Simmons is officially off the market ... again.

"@OfficialKimora but the fact is she is happily married," Russell posted on his social media account. "Tim has been family for awhile now."

The hip-hop heavyweight posted the big news in response to rumors that his ex-wife was dating rapper Birdman.

Simmons was spotted wearing matching rings with Leissner back in January at a Golden Globes after party ... so it looks like the two have been happily married for at least a month now.

The couple were first linked together last year, shortly after the mother-of-three split from longtime boyfriend Djimon Hounsou. Simmons has son Kenzo, 4, with Hounsou and daughters Ming 14, and Aoki, 11, with Russell.

It's great to see that Simmons is so accepting of Kimora's new hubby -- talk about a modern family!

What do you think about brunette beauty's marriage news? Tell toofab in the comment section below, and check out even more celebrity wedding & engagement bling in the gallery above!