Jon Gosselin isn't afraid to speak his mind when it comes to his ex-wife!

On an upcoming episode of VH1's "Couples Therapy," the father-of-eight has some very ﻿harsh words for Kate Gosselin.

After finishing a heated phone conversation with Kate, the reality star unleashes a rant about his "narcissistic" ex-wife, who can "go out and talk about the kids anytime she wants."

The clip begins with Jon talking to his housemates about his legal troubles. Back in August, Kate filed a lawsuit that claimed Jon had hacked into her phone and computer to access private information for the book, "Kate Gosselin: How She Fooled the World."

The charges were later dropped, but the rift in their relationship is clearly still there!

Jon reveals that he's also written a book about his life, and is "just afraid to publish it," he says. "It took me two years -- everything that happened, my side, my emotions."

Check out the video above to hear more about Jon's rocky relationship with Kate, and click "Launch Gallery" below to see more shocking celebrity splits. 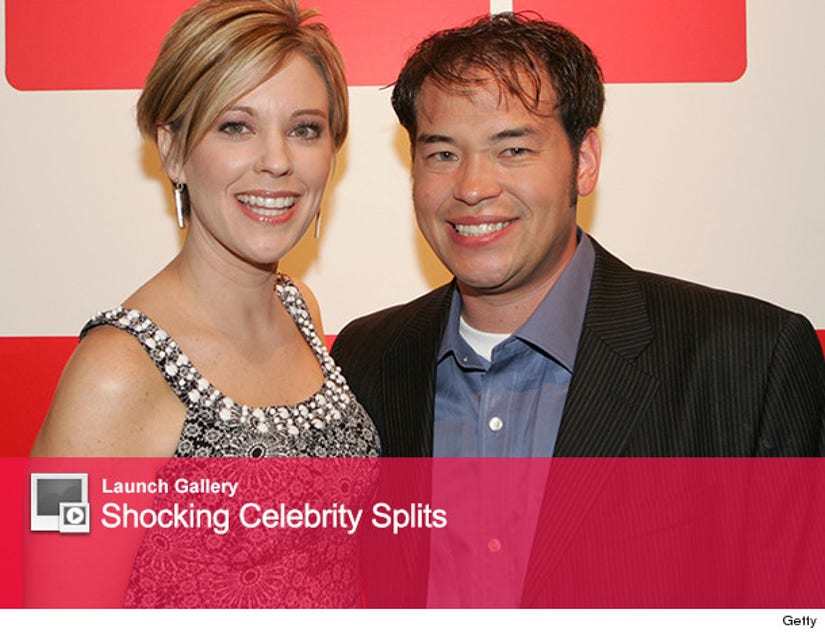