Are you ready for more "Sin?"

Dimension Films just released the first full-length trailer for "Sin City: A Dame to Kill For," the follow up to the 2005 black and white, bullet-filled flick, "Sin City."

The first glimpse of the film is light on the plot, focusing instead on reintroducing fans to the movie's distinctive style. With Josh Brolin, Mickey Rourke, Jessica Alba, Rosario Dawson, Joseph Gordon-Levitt, Bruce Willis and more on board, there's certainly no lacking in star power!

One character to look forward to seeing? Jessica Alba!

The 32-year-old actress returns as sexy stripper Nancy Callahan, who was a troubled (but incredibly hot) exotic dancer in the original movie.

Get ready for plenty of eye candy -- check her out below!

"Sin City: A Dame to Kill For" land in theaters on August 22, 2014. Are you excited for Robert Rodriguez's sequel to hit the big screen? Sound off below! 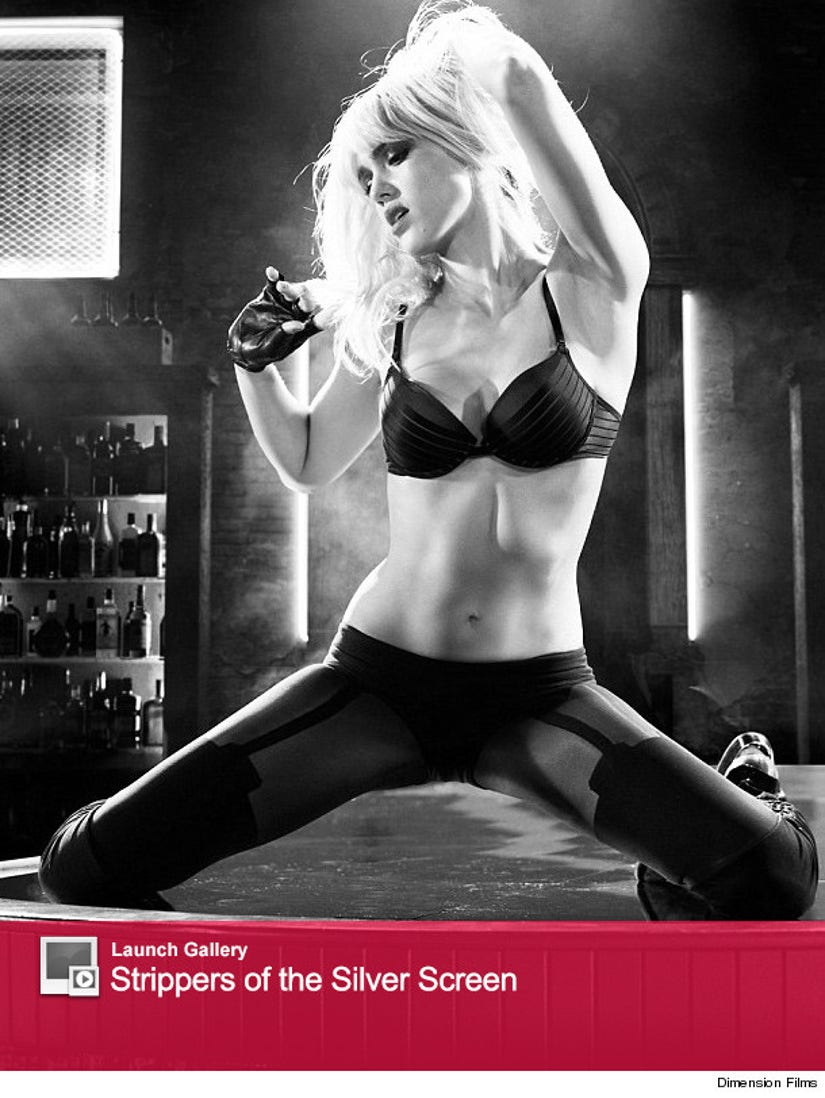