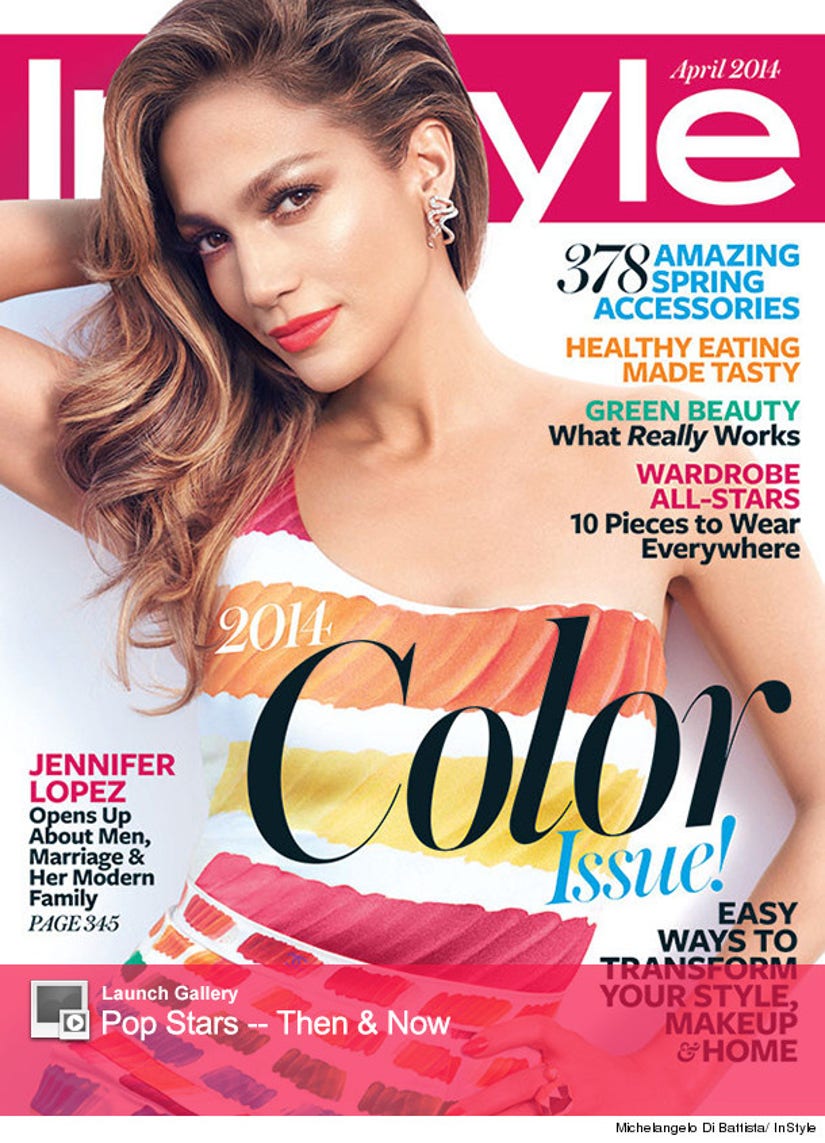 Jennifer Lopez is at the top of her game!

The 44-year-old beauty graces the cover of the April issue of InStyle, where she's opening up about everything from her philosophy on aging in Hollywood to her relationship with Casper Smart.

The singer, actress and mother seems to have it all -- she's a judge on "American Idol," is filming a new TV drama, is about to drop her 10th studio album and has 6-year-old twins! While her life is extremely busy, she says she has more energy than ever.

"I feel like I felt when I was 28," she tells the mag. "My bones don't hurt. I feel great. I actually feel better, more confident. Of course I still have the nerves, but now I know how to control them. When I was in my twenties, I wasn't sure of myself. Now I can really stretch. I don't have to stay in the box. At this point I can say to myself, 'So what if I fall, so what?' I'm going to get back up."

Jennifer also talked about how she sees a change in the attitude toward aging in Hollywood.

"The turning point was a couple years ago, when the September issue of women's magazines had cover girls that were all over 40 -- Jennifer Aniston, Halle Berry, Sandra Bullock, Julia Roberts, me. It was hard not to be happy. That says something about our society."

And if you had even a shred of doubt that she's no longer Jenny from the block, she sets us all straight. "It's funny when people say 'Jenny from the block isn't real' or 'You've already done that.' I keep doing it because that's who I am."

Part of finding herself was a difficult divorce from Marc Anthony in 2012 and a healthy relationship with Smart. While the couple is going strong, Lopez is not in a rush to walk down the aisle.

"In the past, love for me has always meant forever, and sure, you still nurse some of those fantasies, but I don't try to force it anymore," she reveals. "I hung on to my fairytale ideals for a long time. But where I am now, what I've been through, there are no rules. There are lots of ways it can turn out instead of just one."

We love her honesty!

What do you think about her outlook on aging in Hollywood? Sound off below, and click "Launch Gallery" to see more pop stars, then and now!

For even more Jennifer Lopez, pick up the latest issue of InStyle when it hits newsstands, March 14.