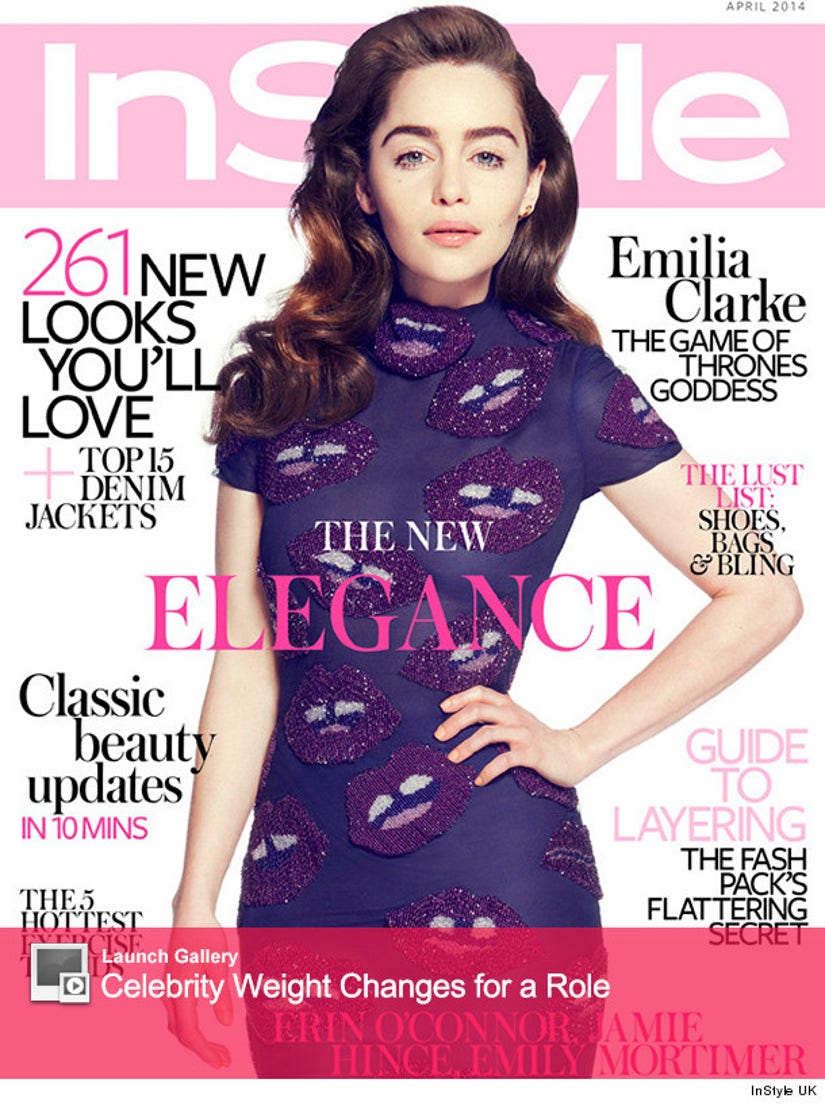 Emilia Clarke is getting in tip top shape for "Terminator: Genesis."

The brunette beauty is gracing the cover of the April issue of InStyle UK, where she's revealing the grueling diet she's been forced to follow to prepare for the role of Sarah Connor.

"I've been spending all day, every day in weapons training," the "Game of Thrones" star tells the mag. "I've been shooting guns, weightlifting, kickboxing and generally kicking a lot of ass. On top of that, I have not been allowed to eat anything that might taste good at all."

"Everything on these plates looks amazing but, heartbreakingly I'm not allowed to eat any of it," she adds, talking about the food at the cover shoot. "Not one thing on this table. Except a cup of tea. One cup of tea. No sugar. No cream." 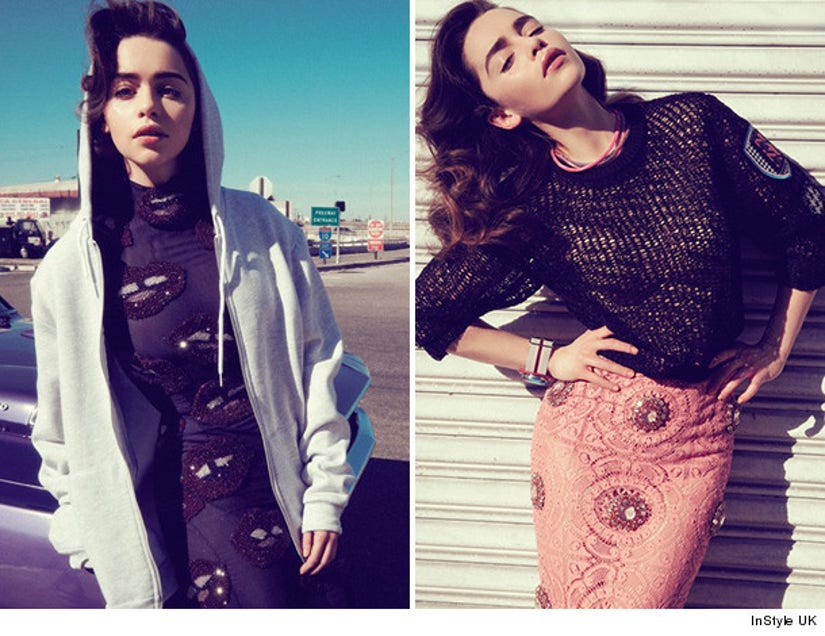 While the weapons training sounds fun, the diet sounds like a bit of a nightmare!

The 26-year-old also opens up about her dating life, admitting, "People keep asking me who I'm dating right now and the truth is...wait for [it]...no one."

"And that's OK. I'm figuring out a lot of stuff right now. I think as a woman it's in our nature to nurture someone else. Sometimes at the expense of ourselves," adds Emilia, who was linked to Seth MacFarlane in the past.

We don't think Emilia will be single for long -- even if she doesn't mind!

Check out the full interview with Emilia on InStyle.co.uk, and click "Launch Gallery" above to see more celebrity weight changes for a role.