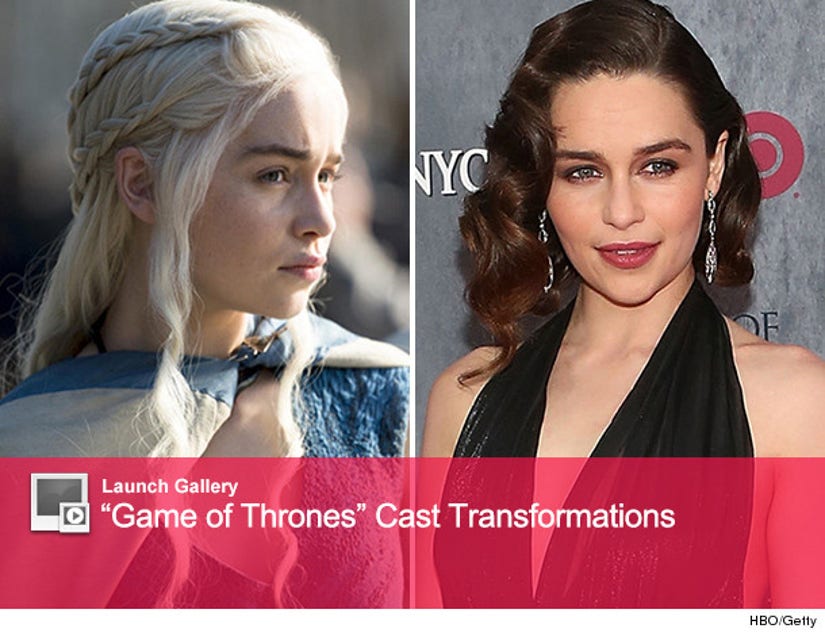 So that's what they look like under all that medieval makeup!

The cast of "Game of Thrones" hit the red carpet last night for the Season 4 premiere in NYC -- and they looked almost unrecognizable compared to their on-screen counterparts.

Long gone were Daeneryn Targaryen's long blonde tresses, as actress Emilia Clarke was sporting a short, dark 'do for the event.

And she wasn't the only one with a totally different look.

And though Gwendoline Christie, Maisie Williams and Rose Leslie all skew towards the tomboy side on the HBO series, they all looked gorgeous in a collection of black and white dresses.

As for the men, they looked totally different as well, with shaved faces and tamed hair. And wait until you see what "The Hound" looks like under all prosthetics!

Check out the gallery above to see what they all look like in real life.

toofab's Brian Particelli also sat down with Natalia Tena (who plays Osha) at Maggie Mae's in Austin during SXSW, where she was promoting her new movie "Long Distance" with director Carlos Marques-Marcet.

While she was very hush-hush about what's in store for her character this season, she did reveal she barely knows any of her costars!

"When you do something big like 'Game of Thrones,' you only connect with a small group of them," says Tena. "Last year, I went to the premiere and I was like 'Hi Melisandre, Tyrion,' I don't know any of these people!"

Natalia also teased a few differences between the books and the new season ... and some serious incest to come. Check out the interview above.

Season 4 of "Game of Thrones" premieres April 6 on HBO.