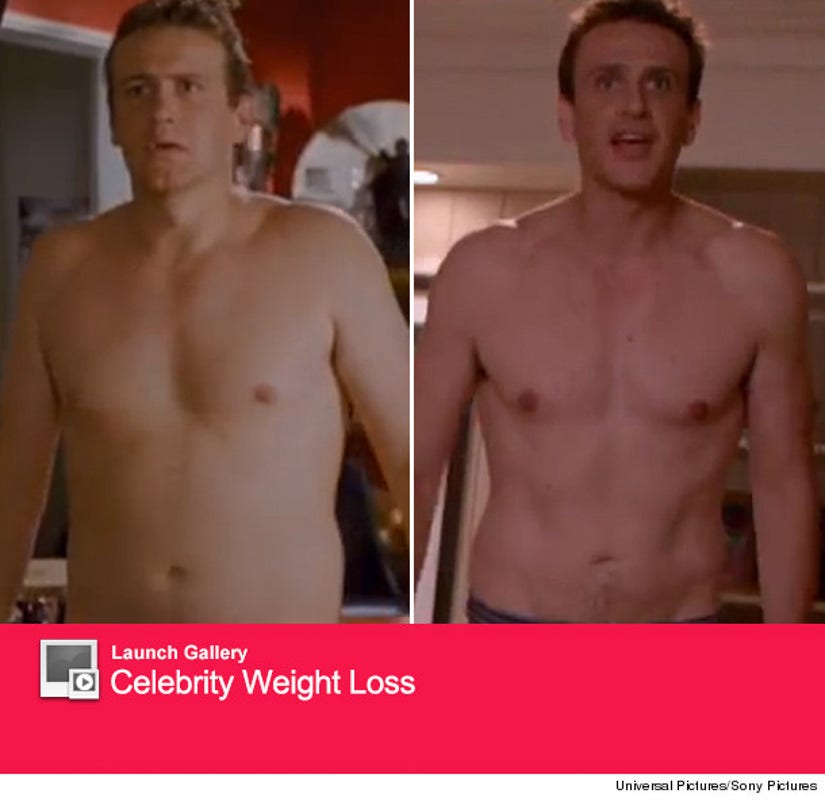 But he's stripping down again for his new flick "Sex Tape" -- and he's flaunting a more fit physique in the just-released trailer for the film.

Sporting abs and a much thinner face (right), the actor clearly lost a lot of weight for the role.

"This time when I take my shirt off, I've made a promise to myself, it doesn't have to be funny," he told Us Weekly last July.

"I took heat for Forgetting Sarah Marshall, where I was completely nude," he said at the time. "But different characters require different body types. It is R-rated and I'm not in shape for no reason."

The movie, which costars Cameron Diaz, revolves around a couple who try and get the spark back into their marriage by making a sex tape together. One problem: It quickly goes viral after Segel's character accidentally uploads it to the cloud.

Sony Pictures just released a NSFW red band trailer for the movie -- check it out here.

In other Jason Segel news, "How I Met Your Mother" ended its nine season run on CBS last night -- and many fans were not happy with the finale's shocking twist. Click here for more!