Maria Menounos is quite a prankster!

The 35-year-old TV host tried to pull the ultimate April Fools' Day joke on her parents when she pretended to marry her boyfriend of 15 years, Kevin Undergaro.

The "Chasing Maria Menounos" star Photoshopped a wedding photo, where she's posing with her beau in front of Chapel of the Bells in Las Vegas. Maria and Kevin are both dressed in white, and she is sporting some new bling on that finger.

Maria then got toofab's Rachel Hoffman in on the action, calling Menounos' parents for a comment about their daughter's elopement. 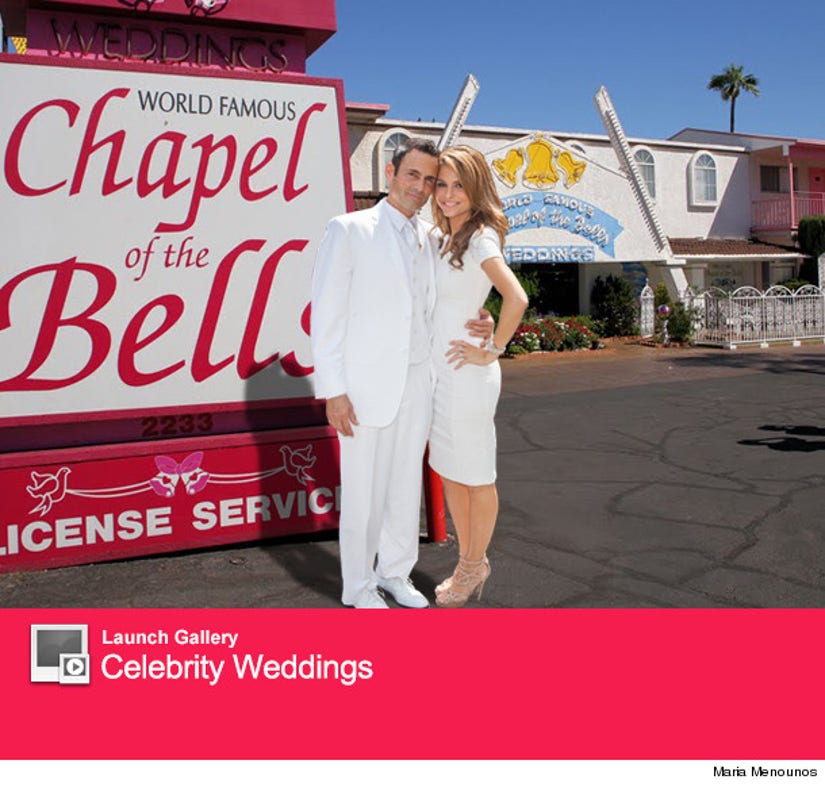 "Maria wouldn't do that without us," Litsa Menounos told us. "It is April Fool's Day!"

When the "Extra" host called her folks to confirm the rumors, they still didn't take the bait.

What do you think of her April Fools' Day joke? Tell toofab in the comment section below, and click "Launch Gallery' above to see more real celebrity weddings.

Watch "Chasing Maria Menounos" on Tuesdays at 10/9c on Oxygen. Maria will be live tweeting and facebooking tonight's episode with the hashtag #ChasingMaria @oxygen @mariamenounos and facebook.com/mariamenounos.