During his appearance on the "Late Show with David Letterman" on Wednesday night, the actor revealed that one of the things on his list was to meet Lady Gaga.

"I haven't done that yet. Is there any way?" Murray asked Letterman. "I've got stuff to do later...."

The "Art Pop" singer then made her grand entrance, rocking a black bra and underwear, leather jacket, fishnets and a giant yellow wig.

"Hey, what are you guys doing tonight, 'cause I have a show across the street and if you want to come over, I'll bring you," she said. "You can see the performance. I'll bring the audience...You can come over and I'll sing you some songs."

Not only did Murray get to meet the Mother Monster, but he also snapped a selfie with the pop star and the late night host!

Gaga invited her new friend, and the rest of Letterman's audience, to see her show at the Roseland Ballroom. She's performing at the famed New York City concert hall all this week before it permanently closes its doors.

Check out the video above to see it all go down, and click "Launch Gallery" below to see more of Lady Gaga's craziest looks. 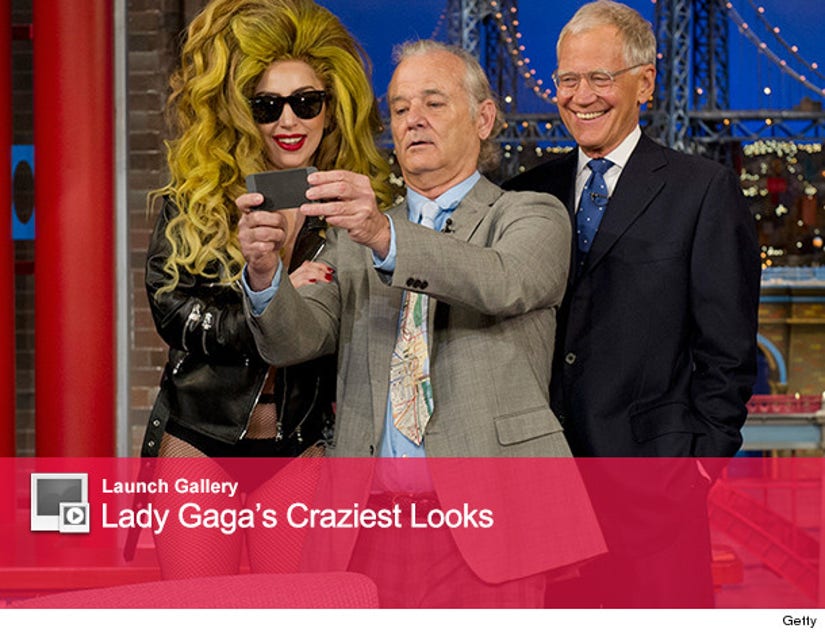