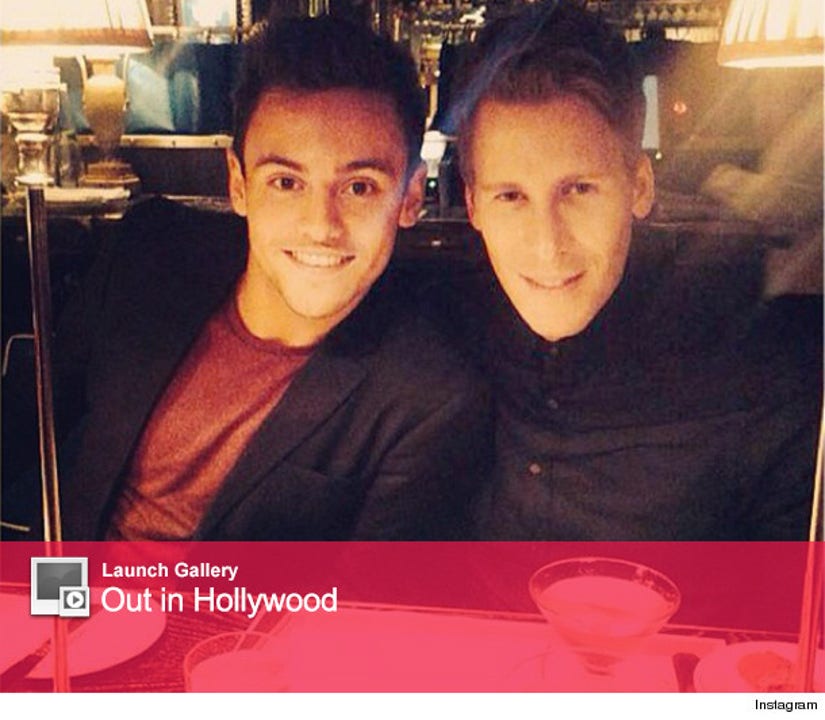 While he came out as bisexual back in December 2013, the Olympic diver apparently had a change of heart -- and revealed that he is "a gay man now" during a brand new interview.

"I came out on YouTube as I wanted to say what I wanted to say without anyone twisting it. I told my family before I told the world. I was terrified," he tells Keith Lemon on "Celebrity Juice." "I did not know what the reaction was going to be. I did it on YouTube because people were constantly digging and asking questions."

The 19 year old also said his relationship with Oscar-winning screenwriter Dustin Lance Black, 39, is "All good."

"In spring this year my life changed massively when I met someone, and they make me feel so happy, so safe and everything just feels great," he said when he came out as bisexual last year. "That someone is a guy. It did take me by surprise a little bit. It was always in the back of my head that something like that could happen. But it wasn't until spring this year that something just clicked."

At the time, he said "Of course I still fancy girls." Not anymore.

Glad to hear Tom is happy, congrats on the announcement!