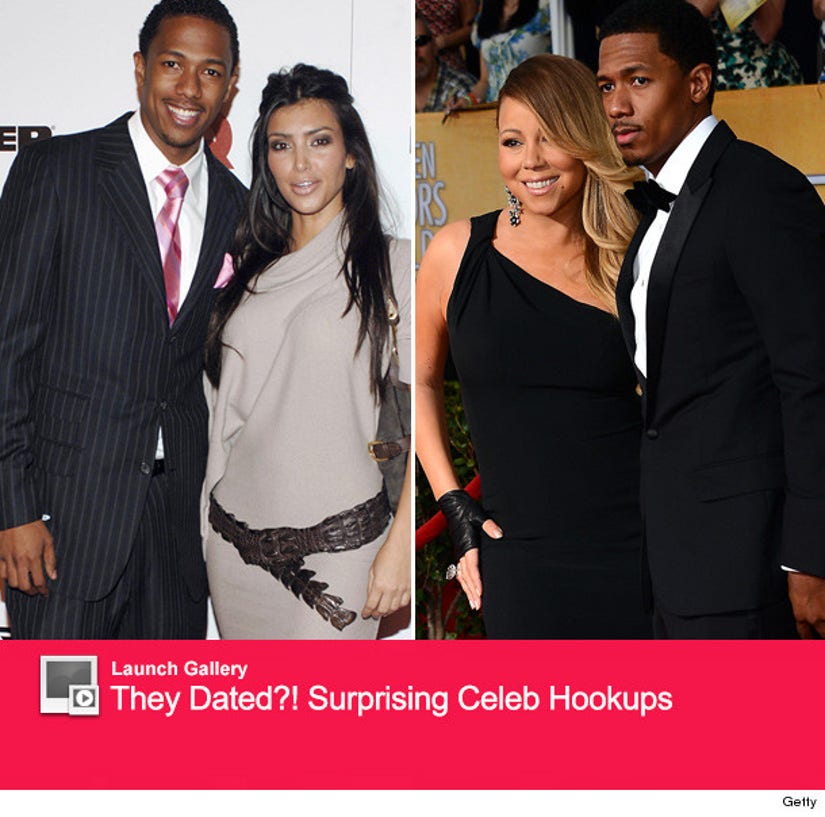 If her husband Nick Cannon is to be believed, Mariah Carey has never heard of his ex-girlfriend Kim Kardashian.

But toofab has learned, not only does Mimi know who Kim is, they met earlier this year!

The "America's Got Talent" star has been running his mouth about his famous ex-girlfriends like crazy over the past couple weeks. In March, he opened up about hooking up Kim back in the day during an interview with Big Boy of Power 106 -- saying that "There have been a lot of people since me!"

Then this week, while talking to Howard Stern, he admitted that he got in trouble from his wife for talking about his past -- and added that "She don't even know who Kim Kardashian is. She doesn't pay attention to that."

That quote went viral yesterday, but the two definitely know each other.

Both Carey and Kardashian were guests on "The Tonight Show" when Jimmy Fallon made his big debut in February -- and took part in the same "$100 Tonight Show Bet" sketch. The two stars both came out to pay up after allegedly betting him $100 that he'd never host the show. 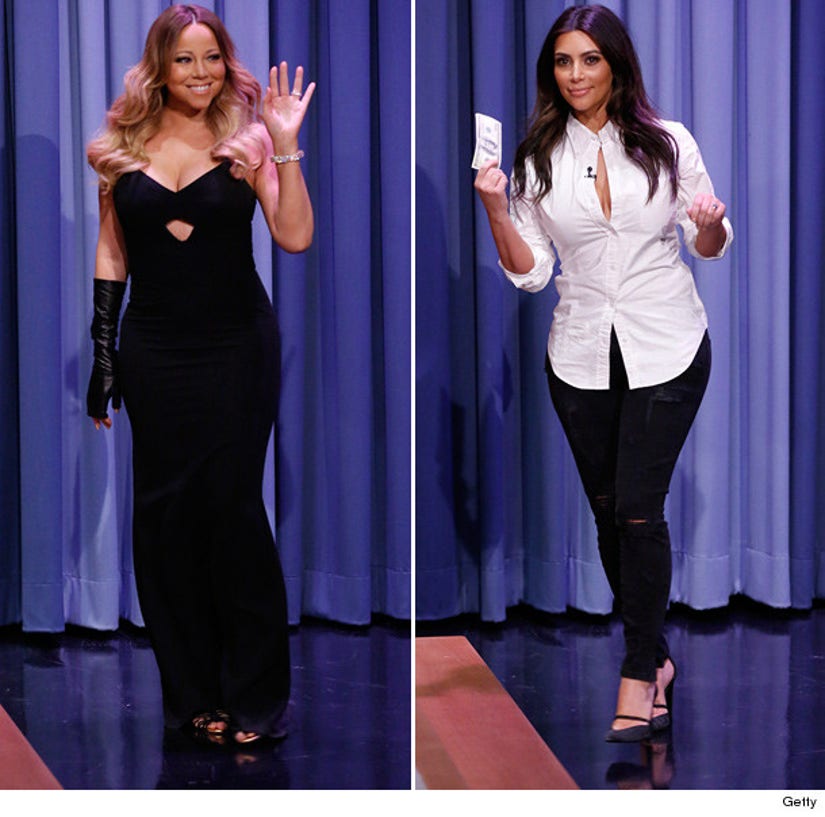 And not only did they both appear on the show, but we're told they sat next to each other in the green room -- and even talked to each other about their kids.

Even Nick admits that not everything he says during his interviews is the truth.

Why does everyone take the crazy sh!t I say in interviews as Gospel! I'm joking F#cking relax!!!

Sometimes I just say sh!t in interviews to see if the media will quote it… AND THEY DO!!!!

So, can we stop quoting that one now? EVERYBODY knows who Kim Kardashian is.