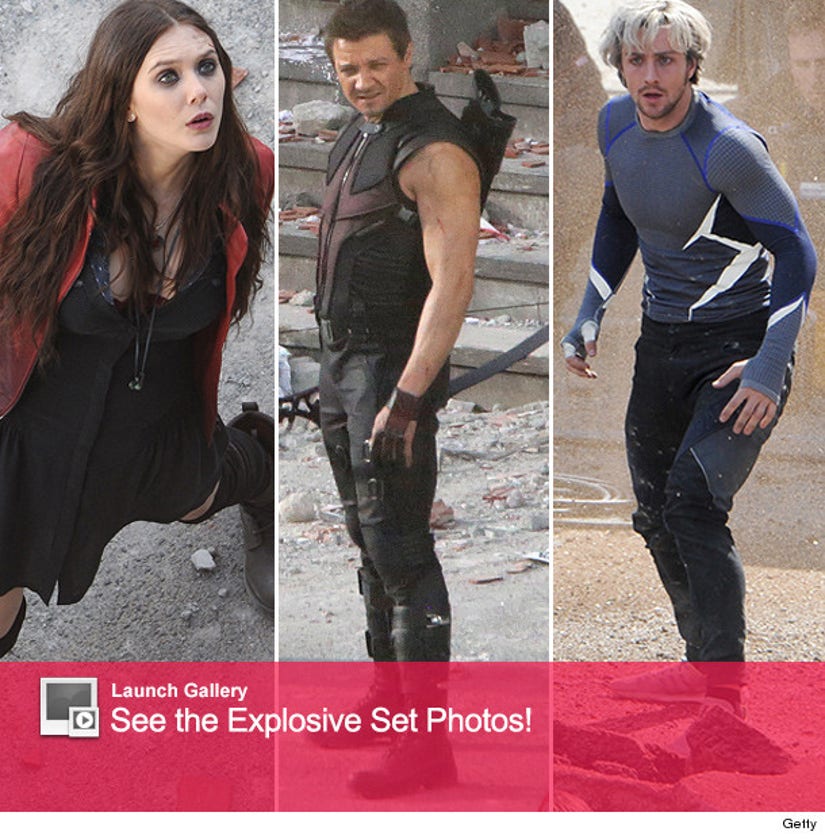 Warning: This post contains spoilers about "Captain America: The Winter Soldier." Hurry up and see it if you haven't yet, then keep reading.

We may have already seen photos from the set of "Avengers: Age of Ultron" -- but anyone who went to see "Captain America" over the weekend got a sneak peek at the first footage from the film.

Confused about who and what you saw? Well, we have answers!

In the clip, directed by Joss Whedon, we find out that Thomas Kretschmann's HYDRA henchman Baron Wolfgang von Strucker has been doing experiments with Loki's Tesseract-powered scepter.

Though a number of "volunteers" have died in the process, there are two exceptions: "The Twins."

We then saw two prison cells; one with a young woman using telekinetic powers, the other with a young man having a major freakout at super speed.

For the unitiated, these two are Scarlet Witch and Quicksilver, played by Elizabeth Olsen and Aaron Taylor-Johnson -- a pair that will have a big role in the upcoming movie.

While in comic lore, the two are the mutant children of Magneto, Marvel isn't able to use their connection to the X-Men universe, since that belongs to 20th Century Fox. Instead, it looks like the duo will get their powers from the Tesseract ... and will just be learning how to use them in "Age of Ultron."

It also seems like they'll be under HYDRA's control at the start of the film, meaning the Avengers will have some pretty tough competition. Paired with the utter destruction of S.H.I.E.L.D. by the end of "The Winter Soldier," our team of super-friends could be in trouble!

Check out more photos from the "Age of Ultron" set above, including a potential look at the title bad guy himself.

Plus, take a deep dive into that other post-credits scene with Bucky Barnes here.