Britney Spears may be the new Queen of Las Vegas thanks to the success of her "Piece of Me" show, but last night she was SLAMMED on her new turf.

The Academy of Country Music Awards were held in Sin City on Sunday night and hosts Blake Shelton and Luke Bryan came out swinging during their opening monologue -- blasting Britney and dropping jokes about Miley Cyrus, gay marriage and the legalization of marijuana.

And it was the "Toxic" singer that definitely got hit the hardest.

"Everybody here tonight is ready to listen to some great, amazing live music," said Bryan during his intro.

"And if you don't like live music, then you need to go down the block and see Britney Spears," quipped Blake, prompting a huge reaction from the audience.

The Miley joke wasn't quite as bad, and was made in reference to singer Jake Owen having part of his finger amputated after a go-karting accident last year.

"You know where they found it? On Miley Cyrus' tour bus," joked Shelton. "It was takin' a selfie and smokin' a doobie!"

And while the duo did address gay marriage, they did it without getting too political.

"A year ago, same sex marriage just meant once you got married, you had the same sex over, and over, and over again, man," added Shelton -- prompting wife Miranda Lambert to mouth the words "Thanks" to her hubby.

Did you all tune in last night? How do you think the guys did as hosts? Sound off below and check out more photos from the red carpet! 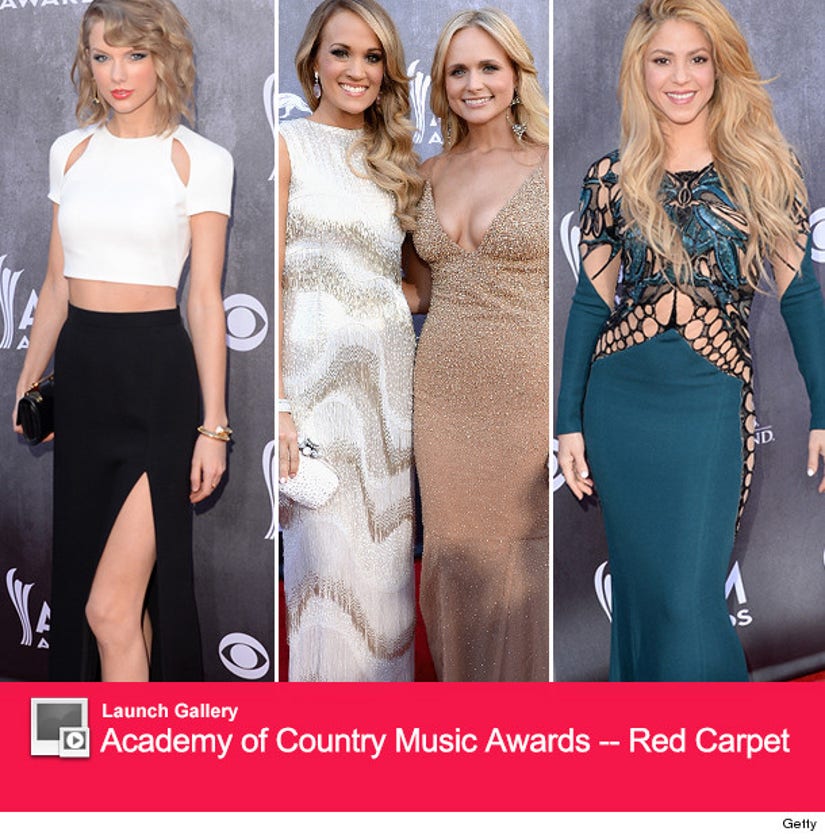