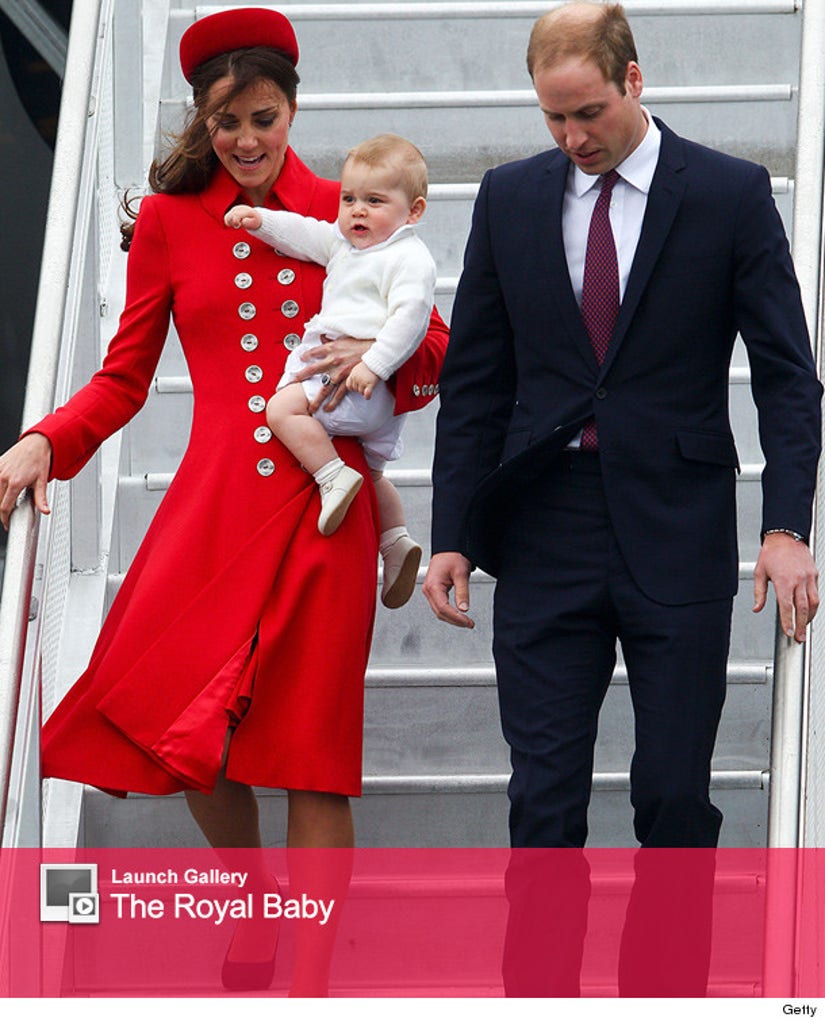 Prince William and Kate Middleton just gave us the best look at their baby boy yet -- and he's absolutely adorable.

The Duke and Duchess of Cambridge arrived in Wellington, New Zealand on Monday to start their three-week tour Down Under, with planned stops in both Australia as well.

And it was at the airport that Prince George made an appearance at his first official engagement as royalty.

He didn't seem too nervous about all the cameras waiting for the family at the public event as they landed, looking cute as can be in a white sweater, shorts and shoes. See closer photos in the gallery above!

His mother looked gorgeous in red, arriving in the country wearing a Catherine Walker jacket and matching pill box hat from Gina Foster. She paired the look with heels. Will looked dapper as ever in a dark suit and blue and red checkered tie.

Expect to see more of Prince George as the family's trip continues. He'll be making another public appearance on Wednesday at Government House in New Zealand's capital for a parent and baby group event.

As for the Duke and Duchess, they had an official welcoming at Government House this morning, where they came face to face with a Maori performance group. 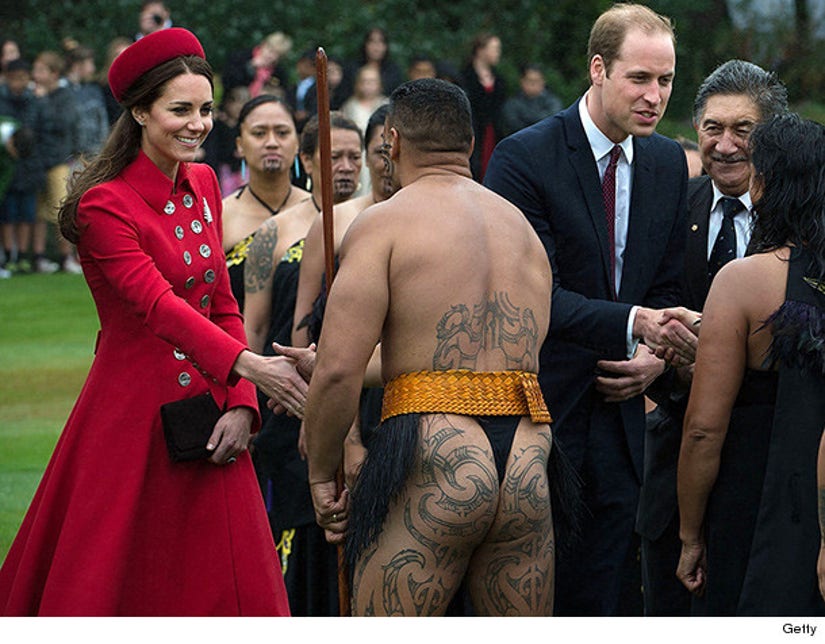 That's definitely something they probably don't see every day at Kensington Palace!