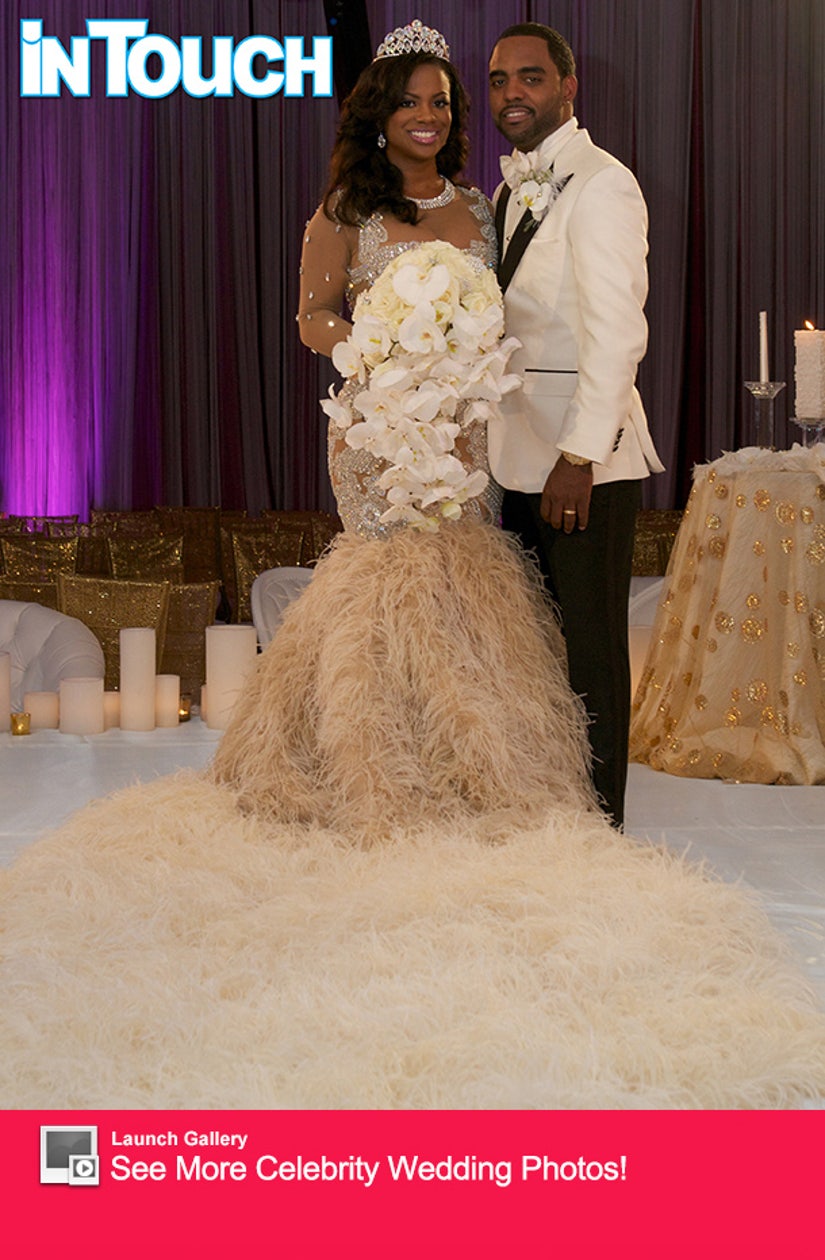 The first official photo from Kandi Burruss' wedding has just been released -- and her getup is something to talk about.

With a ridiculous, 12-foot ostrich feather train, bodice covered in sequins and cutouts, and a princess crown, the "Real Housewives of Atlanta" star definitely had an over-the-top look for her extravagant affair.

Kandi and Todd Tucker tied the knot last Friday, despite ongoing drama between the groom and the bride's mother, Mama Joyce.

Though she behaved herself during the wedding, she didn't have a lot of nice things to say about Todd during an interview with toofab a couple days after the ceremony.

"Doesn't make no difference if I'm happy or not, she's the one that has to live with him," she tells us. "I did everything I could do. If she's jumping in the river with sharks, she's gonna get chewed up."

"People show you their best when you're dating them," she continues. "So if she's seeing the best now, the worst is yet to come."

Joyce also says there was some last-minute drama over a prenup -- which she thinks Tucker ended up signing.

"His mom said she didn't see no reason for him to have to sign because they were in love. He was the one who didn't have a damn thing, but that's another story," she says. "But from what I understand, he did sign."

What do you think about the dress? Sound off below! 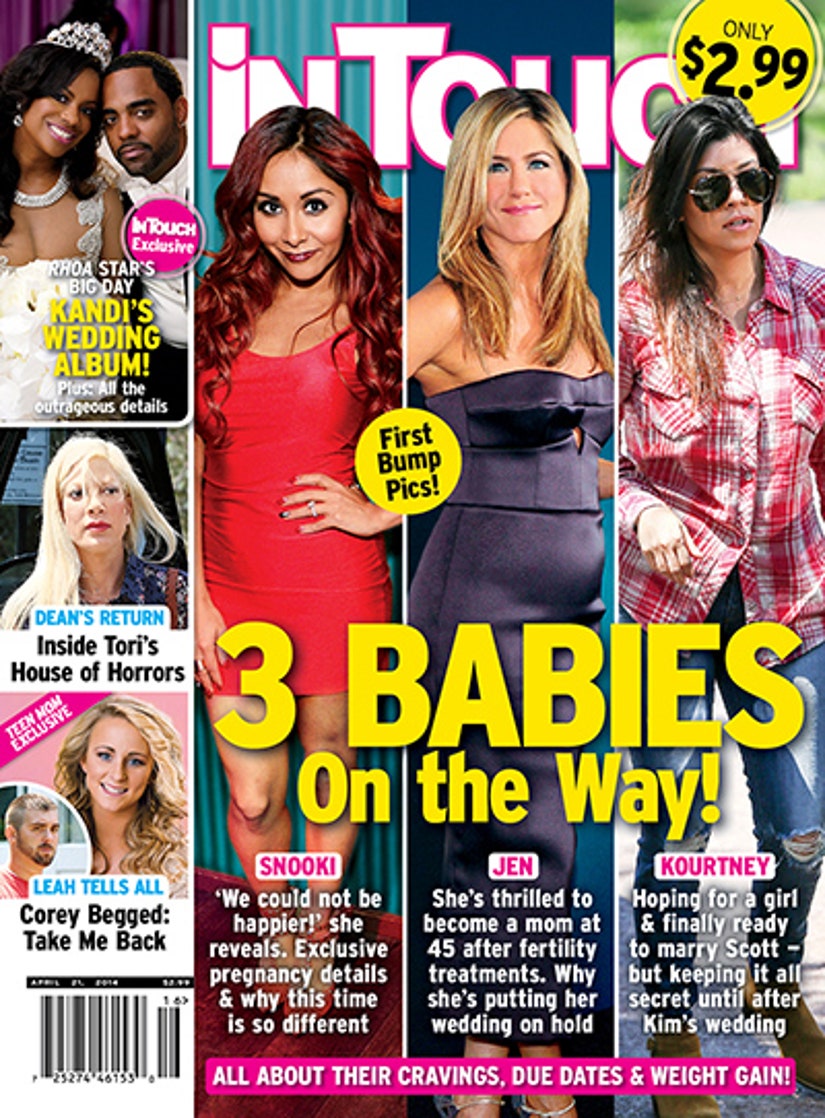