David Letterman and Lindsay Lohan are terrible at prank calling!

The actress suggested that she should give Lady O a call, saying, "I think maybe I should just call her right now. Should we call Oprah?"

Letterman finally obliged, calling Oprah and pretending (very unconvincingly) to be Lohan's secretary until Oprah asked, for the second time, "Who is this?" and he revealed himself.

The funny man then asked Winfrey how she thinks the once-troubled star is doing now. Lohan admitted on Sunday's episode of her OWN docuseries that she's relapsed with alcohol since leaving rehab.

"I think she's doing okay. What do you think?" she asked.

"I think she's doing really okay," Winfrey explained. "I think, you know, to have cameras following you around for every phase of your life, and you are trying to pull your life together, I think that's a really difficult thing, so, yeah, we're really pleased she's making some progress."

"Oprah, I've spent 30 years trying to pull my life together," Letterman joked. "Where the hell have you been?"

Gotta love Dave's ability to make a joke when things get serious!

Check out the video above to hear what else Oprah said about Lindsay and to hear Letterman poke fun at Scientology.

What do you think of their prank calling skills? Tell toofab in the comment section below, and click "Launch Gallery" below to see Lindsay Lohan, through the years. 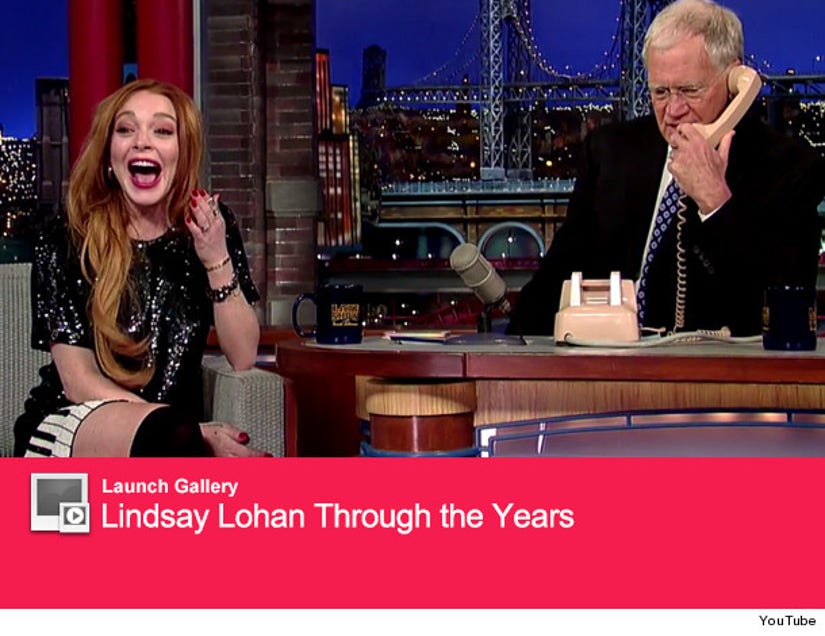