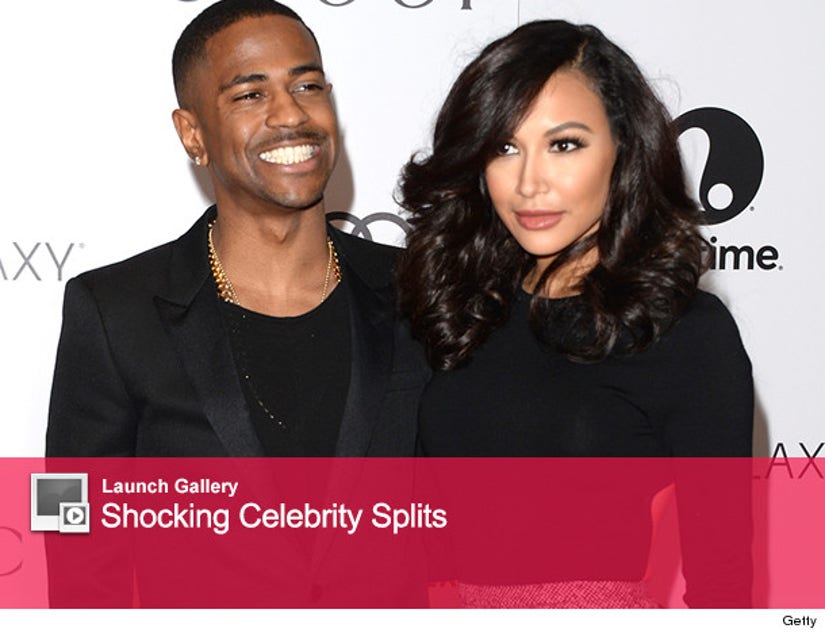 Well, we won't be seeing Naya Rivera in a wedding dress anytime soon!

The "Glee" star and former fiance Big Sean called off their engagement on Wednesday. A rep for the rapper released a statement to Us Weekly.

"After careful thought and much consideration, Sean has made the difficult decision to call the wedding off," his rep tells Us. "The recent rumors and accusations reported by so called or fake sources are simply untrue. Sean wishes Naya nothing but the best and it is still his hope that they can continue to work through their issues privately. We will not be commenting again on this matter."

The end-gagment news comes on the heels of Star Magazine's report that Big Sean cheated on Rivera, which prompted her to call off their wedding plans.

But an insider tells Us that the rumors are "100% false and untrue," adding that it was the "Beware" crooner who was actually the one to call off the wedding.

The actress and the hip-hop star got engaged last October ... just six months after confirming their relationship.

Are you shocked by the breakup news? Tell toofab in the comment section below and click "Launch Gallery" above to see even more shocking celebrity splits!