The "Shahs of Sunset" star stepped out to dinner with fiance Dhar Mann on Tuesday night in Los Angeles, where she immediately started showing off her massive sparkler to cameras, without ever being prompted.

"This is my ring from my amazing fiance," she proudly told photogs.

When toofab asked whether her giant rock cost 3 months salary, the so-called "rule" of rings, Mann laughed it off -- and then said it's more like "3 weeks."

Either he's really cheap or we want whatever massive paychecks he's taking home every Friday!

Though Lilly and Dhar have known each other since June 2013, they only started dating earlier this year.

Think they'll make it to the altar? Sound off below! 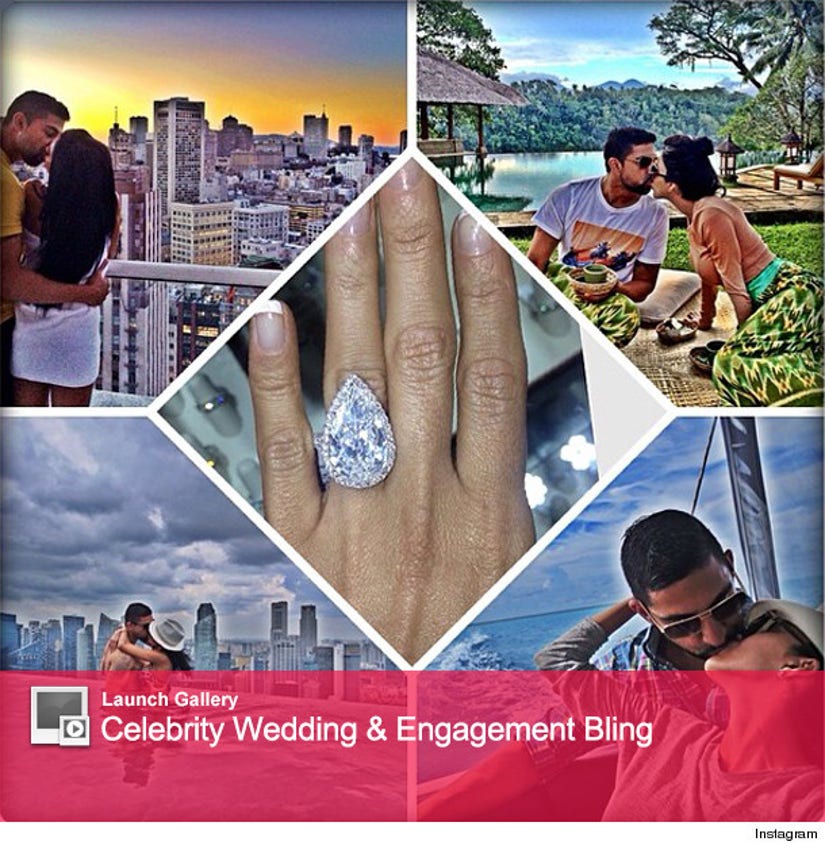