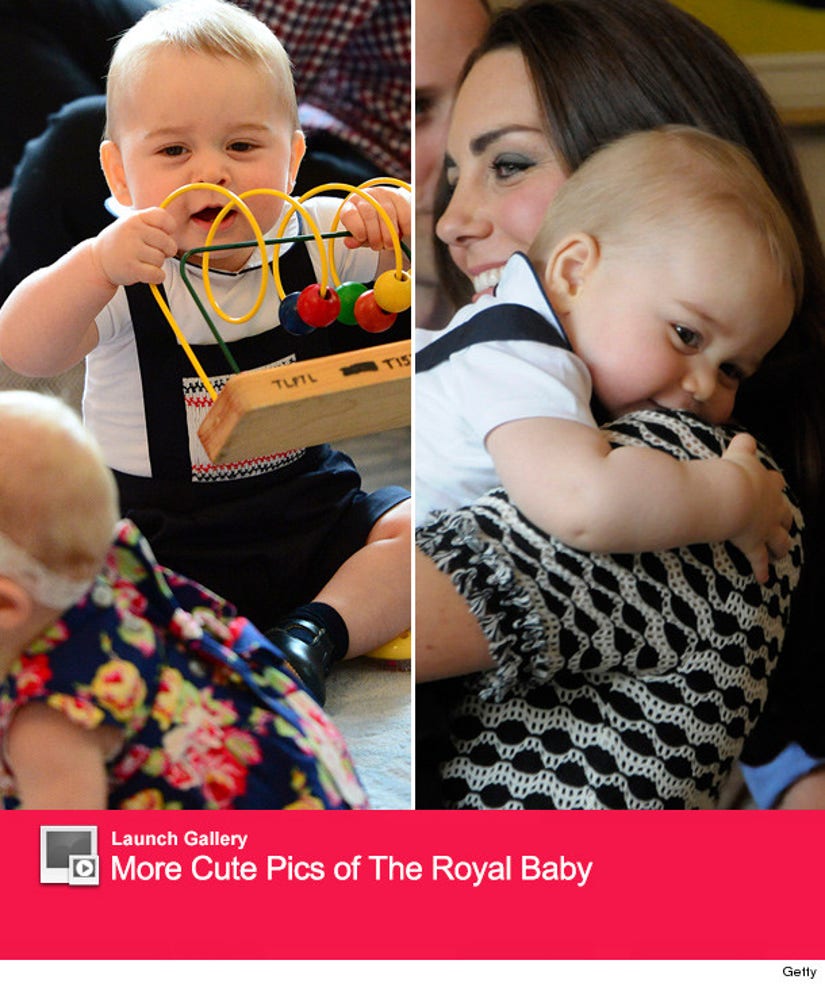 Warning: These photos are INCREDIBLY adorable and may lead to the extreme overuse of the expression "Awwwwww!"

Prince George had a very public playdate on Wednesday in New Zealand, where he mingled with some VIP kids during a Plunkett's Parents' Group meeting at Government House in Willington.

The Duke and Duchess of Cambridge were both on hand as their super cute kid rolled around with a handful of lucky babies. We're guessing whoever made those blue overalls with a sailboat on them and his matching polo are going to see a surge in sales, as the little guy looked precious in the nautical getup.

Prince George clearly loves his mama, as he was seen lovingly resting his head on Kate Middleton's shoulders and smiling like crazy as he played.

The entire family is currently on a 3-week tour of both New Zealand and Australia, their first official trip overseas with their baby boy.

These are probably some of the cutest photos we've ever seen. Check out more photos from the royal playdate in the gallery above!