Emma Stone will forever be known as the Spice Girls' biggest celebrity fan.

After crying while talking to Mel B last month (watch below), the Girl Power lovin' group has been brought up at almost every interview she's done every since while promoting "The Amazing Spider-Man 2" -- but yesterday, it reached a new level of awesomeness.

The actress and boyfriend/costar Andrew Garfield were on Capital Breakfast radio show in the UK on Wednesday, where they were challenged to a "Stop" singoff.

And if hearing the adorable couple sing one of our favorite songs of the '90s wasn't enough, Sporty Spice herself (AKA Mel C) then called in for a live video chat -- and apologized for hijacking her promo tour.

We have a feeling these Spice Girls moments aren't going to stop anytime soon, but what more could she possibly do? Emma already knows how to forge all their signatures!

ICYMI: Here's her initial freakout back in March:

In more awesome Spidey news, Andrew had a pretty great moment of his own while in London. 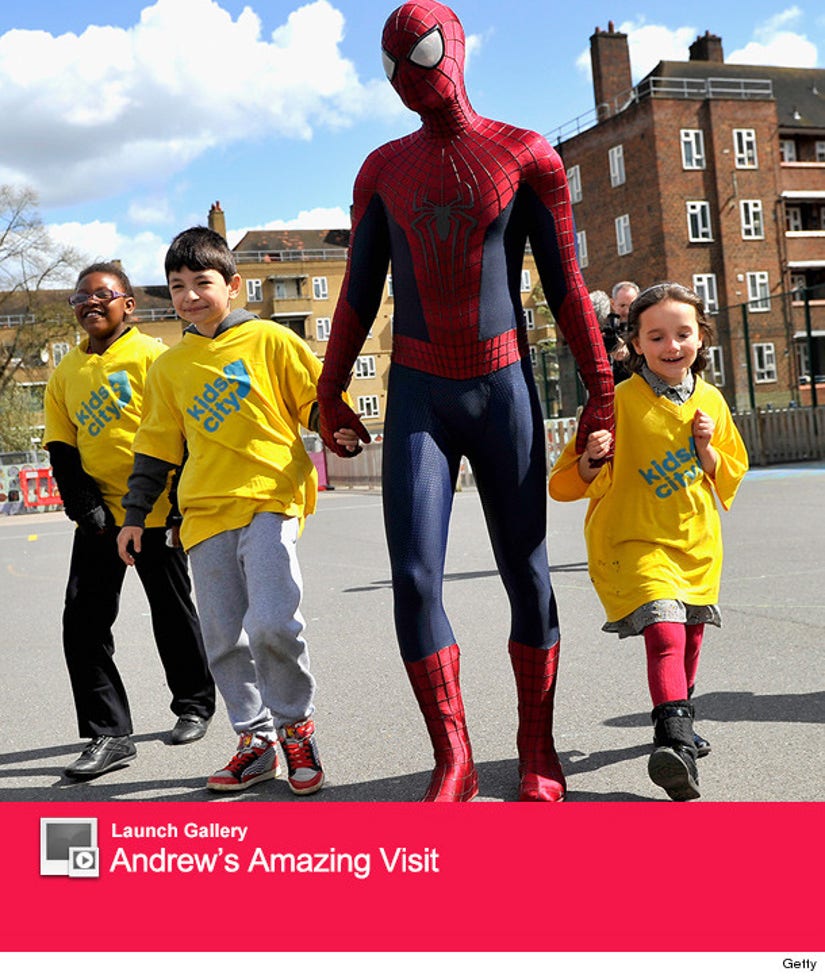 The actor donned his Spider suit and visited the Kids City charity, playing basketball in costume with all the children!

How cool/cute is that?! See more photos from his visit above.

"The Amazing Spider-Man 2" hits theaters May 2.