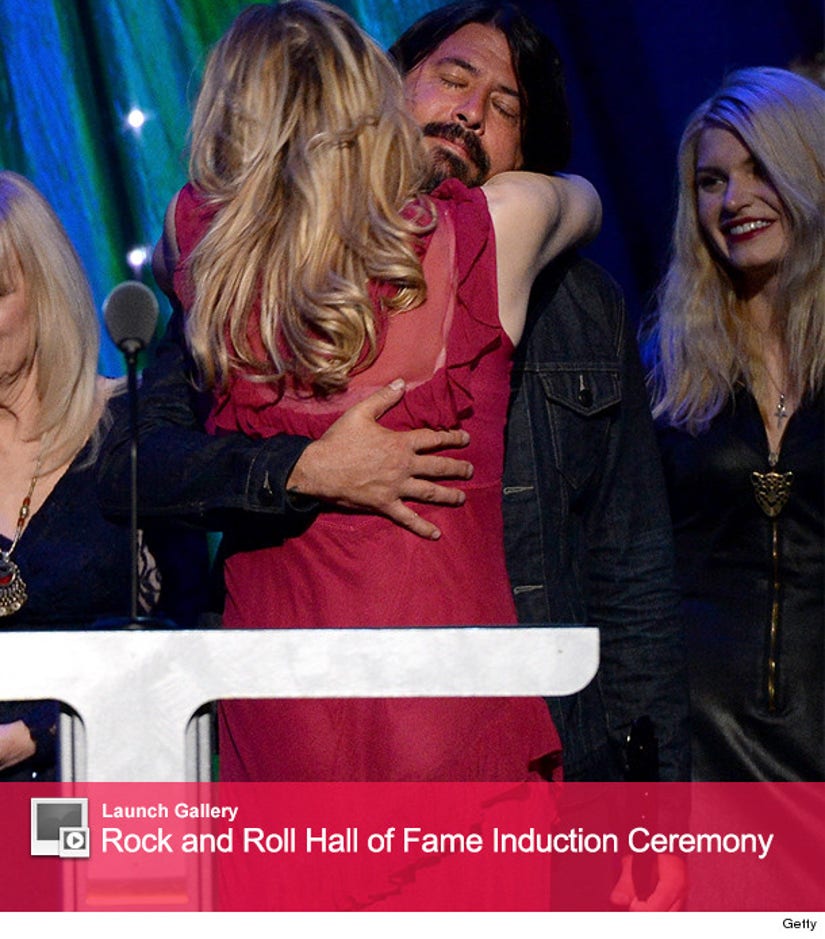 Dave Grohl and Courtney Love put their differences aside on Thursday night in NYC, as Nirvana was inducted into the Rock and Roll Hall of Fame.

To say the Foo Fighters frontman and Kurt Cobain's widow have had their fair share of differences through the years would be putting it mildly, but they were united on stage. Seeing the two of them hug it out onstage was a moment Nirvana fans probably didn't think they'd ever see.

The hug happens around 7:45, right after Courtney was booed by the entire audience when she took the podium.

"I just wish that Kurt was here to feel this and be this," Love said in her speech. "He really would have appreciated it. And I just want to give this to Frances, our daughter, who's not here because she's ill."

Hard to believe it's been 25 years since the band's first album, "Bleach," was released in 1989. Of course, it would be their followup album, "Nevermind," in 1991 that hit it big -- with singles like "Come As You Are," "In Bloom," "Lithium" and "Smells Like Teen Spirit" all introducing the world to the grunge music scene.

Joan Jett, Sonic Youth's Kim Gordon and Lorde all joined the band to perform during their set. See Lorde perform "All Apologies" below:

Check out more photos from the event above. The ceremony will air on HBO on May 31.