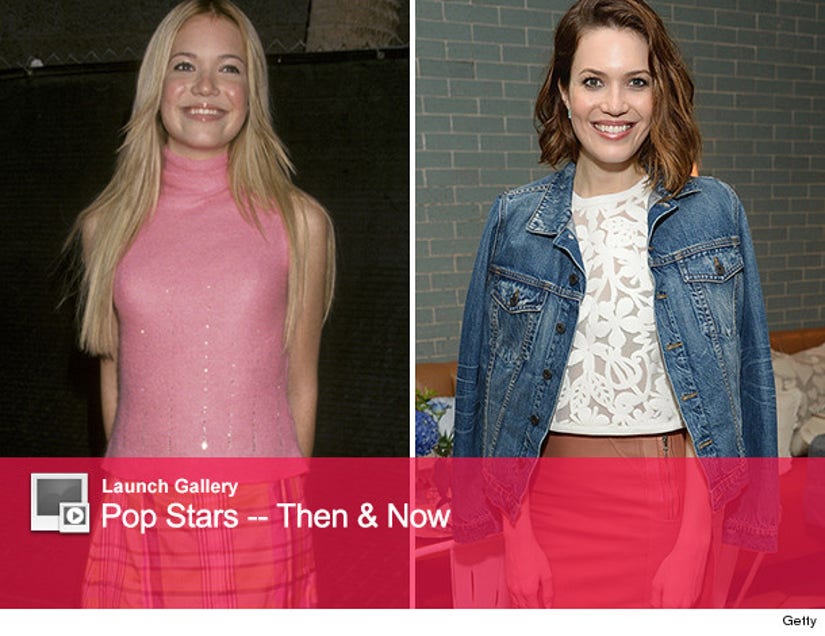 The pop star first entered the music scene in 1999 when she released her first single, "Candy" off of her debut album "So Real." The album rapidly reached platinum certification, and she went on to release three more albums before parting ways with her record label in 2003.

Following a successful music career, the singer-songwriter switched her focus to acting and made her film debut in the 2001 film "Dr. Dolittle 2," before staring alongside Anne Hathaway in the "The Princess Diaries" later that year.

In 2002, the singer-turned-actress landed her first starring role playing Jamie Sullivan in the movie adaptation of Nicholas Sparks' novel "A Walk to Remember," which also spawned a soundtrack filled with songs she performed.

On the heels of her breakthrough performance, the brunette beauty appeared in various films, such as "Chasing Liberty," "Saved!" and "How to Deal," and later voiced the character Rapunzel in the animated film "Tangled."

In March 2009, after a string of high profile romances with Wilmer Valderrama, Zach Braff, and tennis pro Andy Roddick, Mandy tied the knot to rocker Ryan Adams after a year-long romance.

Last month the cute couple celebrated their five year anniversary by throwing a 50's prom themed party and shared snapshots of the shindig on Instagram.

What's your favorite Mandy Moore movie or song? Tell toofab in the comment section below, and click "Launch Gallery" above to see more pop stars, then and now.