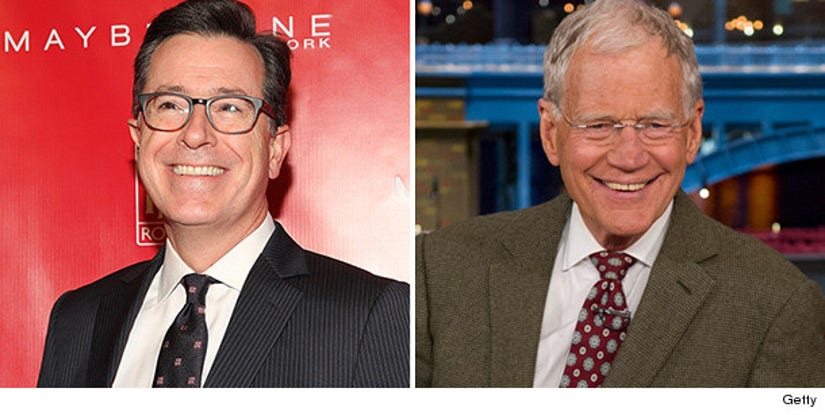 Stephen Colbert is taking his hilarious antics to CBS!

The "Colbert Report" star has been named as the new host for "The Late Show" and will be taking over David Letterman's spot in 2015.

Colbert will be given a five-year deal, and released a statement about his new hosting gig.

"Simply being a guest on David Letterman's show has been a highlight of my career. I never dreamed that I would follow in his footsteps, though everyone in late night follows Dave's lead. I'm thrilled and grateful that CBS chose me. Now, if you'll excuse me, I have to go grind a gap in my front teeth," he announced.

Prior to hosting his own show on Comedy Central, Stephen worked on "The Daily Show" from 1997-2005.

We're definitely excited to see what the comedian brings to the famous late night talk show -- are you happy to hear that Colbert will be taking Letterman's place? Sound off below!