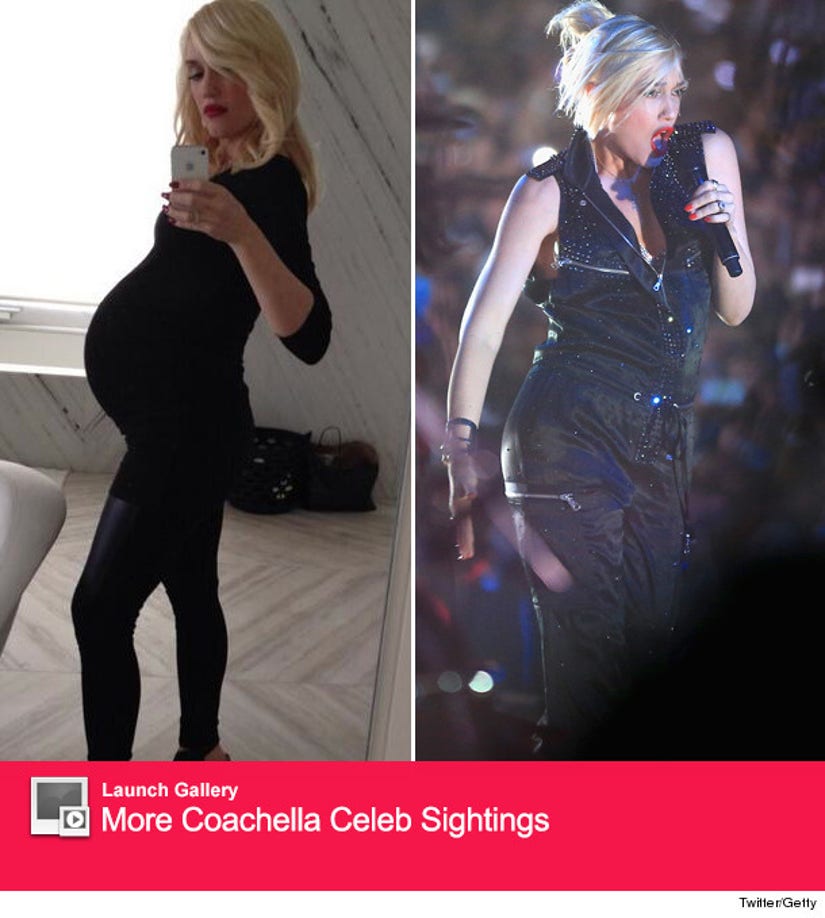 Gwen Stefani is ready to rock!

The No Doubt singer hit the stage last night for the first time since giving birth to her third child back in February -- and she looked gooood.

The 44 year old was a surprise guest during Pharrell's set at Coachella on Saturday night, where the two performed "Hollaback Girl" during his star-studded set.

Wearing a black, bedazzled jumper, the mother of three looked great less than two months after having son Apollo Bowie Flynn Rossdale on February 28. This was her first public appearance since having the baby.

"Feels good to be out of the cave," she tweeted about her re-emergence into the public eye, which seemed to go over very well with the Coachella crowd.

We're glad to have you back!

Check out more celeb sightings from the music festival above, including candid pics of Beyonce, Kendall and Kylie Jenner, Katy Perry and many more.