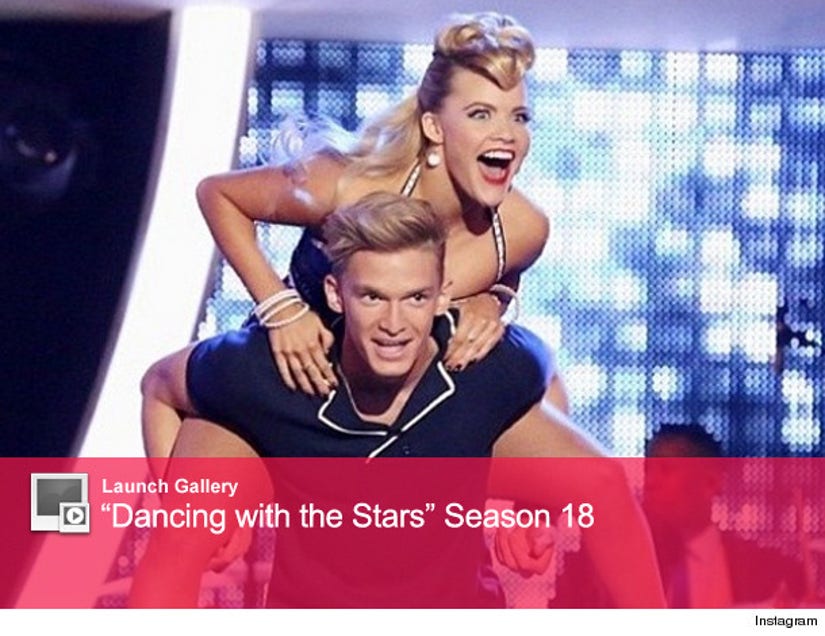 It was a Disney-themed night on "Dancing with the Stars" ﻿on Monday night – and it was magical!

After the big switch up last week, the celebrities returned to their original dance partners to perform dances to classic Disney songs from films such as "Frozen," "Cinderella," "Beauty and the Beast" and more.

While the performances were much better than last week, one couple's happily ever after came to an early end with the show's first elimination since week two. So, who went home?

Cody Simpson and his partner Witney Carson were sent packing after receiving the lowest number of votes. The other two couples in the bottom three? Candace Cameron Bure and Mark Ballas and NeNe Leakes and Tony Dovolani.

On the flip side, Big Time Rush hunk James Maslow got the first perfect score of the season with his contemporary dance to "Let It Go" from "Frozen."

Here's a recap of the scores:

James Maslow and Peta Murgatroyd: 40 points for their contemporary dance to "Let It Go" from "Frozen"

Danica McKellar and Val Chmerkovskiy: 39 points for their quickstep to "Be Our Guest" from "Beauty and the Beast"

Charlie White and Sharna Burgess: 37 points for their jazzto "Supercalifragilisticexpialidocious" from "Mary Poppins"

Amy Purdy and Derek Hough: 37 points for their waltz to "So This Is Love" from "Cinderella"

Meryl Davis and Maksim Chmerkovskiy: 36 points for their samba to "I Wanna Be Like You" from "The Jungle Book"

NeNe Leakes and Tony Dovolani: 36 points for their foxtrot to "Cruella de Vil" from "101 Dalmatians"

Candace Cameron Bure and Mark Ballas: 35 points for their samba to "Under the Sea" from The "Little Mermaid"

Cody Simpson and Witney Carson: 34 points for their samba to "I Just Can't Wait to be King" from "The Lion King" (Eliminated)

Drew Carey and Cheryl Burke: 28 points for their quickstep to "Friend Like Me" from "Aladdin"

Do you think Cody deserved to go home? Sound off below!